According to a Polish member of the European parliament, “women must earn less than men because they are weaker, smaller and less intelligent”. The statement triggered outrage, but it is also a telling reminder of the distance that needs to be travelled towards gender parity, despite the giant leaps made over the past few decades. 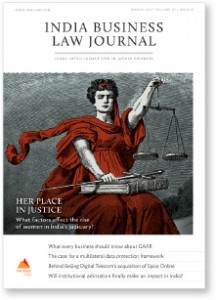 Such misogynistic sentiments are par for the course within large sections of India. Yet India has more than its fair share of women who have not allowed their gender to dictate the paths they traversed. We applaud them and the example they provide.

In the legal world, one such person is Leila Seth, who as the first woman chief justice of a high court, the first woman judge of Delhi High Court, and the first woman to top the bar examination in London, has inspired generations of women lawyers. Justice Seth has written and spoken about standing her ground at a time when there were few women in the profession. She describes herself as an “equalist” and not a feminist, and believes men and women must advance together. This is certainly a goal to strive towards, within the courts, throughout the legal profession and everywhere else.

This month’s Cover story analyses information on women judges to show that education, appointment processes and geography influence their rise in the judiciary. For while the number of women judges in India is abysmally low, and women remain deeply disadvantaged when it comes to appointments to the higher judiciary, those from backgrounds of legal practice and with access to education in major cities enjoy an advantage over others. Efforts to increase women’s representation must keep hard facts such as this in mind.

Writing in this month’s Vantage point Parveen Mahtani, head of legal at Tata Housing Development, provides a nuanced analysis of how women fare in the legal profession. She says that while great strides have been made, women lawyers are often given menial tasks such as organizing files or taking notes rather than meaty roles due to the archaic thinking of their male counterparts. The continued success of women in the profession will depend on dismantling the many outdated beliefs about their abilities, roles and behaviour.

In Fresh start we turn the spotlight on another area where ideas and beliefs need to change, and may be changing: arbitration. There are signs that Indian companies and parties may be moving towards accepting the merits of institutional arbitration, as opposed to ad hoc arbitration, which has so far been the norm. This change in mindset has been triggered by amendments to India’s arbitration law in 2015 that are expected to give a fillip to institutional arbitration, and by exposure to global best practices, which gives parties a chance to see the benefits of an institution managing an arbitration.

In Privacy matters we analyse why digital businesses would profit from a multilateral data protection framework. While it is imperative to safeguard the privacy of internet users and ensure that the data collected are not misused, at present businesses can struggle to comply with a variety of data protection requirements in different jurisdictions. If we continue in this manner, the end result could be the division of the internet into a number of silos, within which distinct standards will apply to the same data that are being transmitted over the network. This is not ideal in today’s globalized and hyper-
connected environment.

This month’s What’s the deal? examines a recent transaction that epitomizes the connectedness of the world – the acquisition by a Chinese mobile phone retailer, Beijing Digital Telecom, of a stake in an Indian online telecom business, Spice Online. The march of Chinese mobile phone manufacturers into India picked up pace in the last quarter of 2016 when almost one in every two smartphones shipped was Chinese. This significant transaction – which involved a mammoth due diligence effort – spells the entry of Chinese retailers and their expertise into India’s booming market.

Finally in Intelligence report we revisit the issue of general anti-avoidance rules (GAAR), which are to come into effect from 1 April. As detailed, India’s GAAR has an overriding effect on other provisions of tax law. In addition, while GAAR will apply to an arrangement in which the main purpose is to obtain a tax benefit, it has been drafted so that if the taxman finds even one step of an arrangement to be impermissible, it will apply to the entire arrangement. The implications are significant as the tax authority will be empowered to strip off parts of an impermissible arrangement that led to undue tax benefits and to rearrange portions within the arrangement to the best of its judgment. In the face of this and other changes Indian businesses need to re-examine their existing structures to comply with GAAR or face severe consequences.

Times they are a-changin’ China reaffirms its prohibition on gender discrimination in recruiting 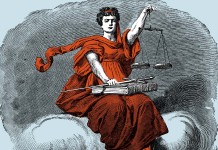 Her place in justice

What factors affect the rise of women in India's judiciary?

A framework for the deployment of sovereign green bonds shows the government is committed to a marriage of climate and infrastructure
As clients get savvier, law firms face pressure to lower their fees
Insolvency board makes greater use of enforcement mechanisms to ensure compliance with the IBC