Indian businesses must re-examine their existing arrangements to avoid penalties and ensure compliance with the general anti-avoidance rules. By L Badri Narayanan and S Sriram

Every citizen is obliged to pay a part of their earnings to the state for the benefit of the people, but no one likes to part with their earnings through taxes. The concept of “tax avoidance” arose as a result of the conflict between honesty as regards paying taxes and a legal obligation to comply with tax law.

Tax avoidance involves deliberate actions which are neither illegal nor forbidden by law, and which reduce the tax burden or avoid it altogether. For the state, tax avoidance is undesirable as it undermines the objective of collecting revenues in an effective manner. This idea is in contrast to “tax evasion”, which involves illegality, suppression and violations of law.

The cardinal principal of taxation, laid down by the House of Lords in IRC v Duke of Westminster (1935), is that every person is entitled to order their affairs so that the tax attracted under the appropriate acts is less than it otherwise would be. The House of Lords qualified this in WT Ramsay Ltd v IRC (1981), maintaining that the principle must not be overstated or overextended to permit tax evasion in the garb of avoidance. However, in the absence of statutory de-recognition, courts around the world have been reluctant to look through legally permissible tax planning measures. This required governments across the globe, including in India, to amend their taxing statutes to prohibit measures generally adopted to legally avoid tax.

To prevent tax avoidance, India’s legislature has enacted specific anti-avoidance rules (SAAR) from time to time. Section 94 of the Income Tax Act, 1961 (ITA), dealing with dividend stripping, bond stripping, etc., is an easy example of a SAAR. Section 2(22)(e) of the ITA prohibits shareholders of closely held companies from enjoying the profits of the company without paying dividend tax.

However, as the name suggests, SAAR is tailor-made to particular situations or instances. Businesses tend to find newer avenues to reduce their liability and the legislature takes a long time to identify them and plug the loopholes. Of late, countries are changing their approach to tax avoidance and codifying the “substance over form” doctrine through general anti-avoidance rules (GAAR). These rules are general in nature, legislatively prohibiting any action resulting in lower tax liability.

L BADRI NARAYANAN is a partner at Lakshmikumaran & Sridharan where S Sriram is a principal associate. 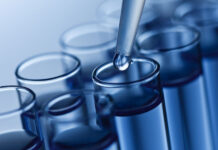