Batra has moved from New York Stock Exchange-listed International Flavors & Fragrances, where she was regional legal director for greater Asia since February.

She will be based in Mumbai, and will be supported by a core legal and secretarial team of 22 members and report to the company’s managing director in India and its deputy GC, who is based in the US.

Batra’s stint at International Flavors & Fragrances followed its USD26.2 billion merger, which closed on 1 February, with DuPont’s nutrition and biosciences business. Prior to that, she was at DuPont for nine years, ending her time there as its legal head for South Asia. Supreme Court Justices Dhananjaya Chandrachud and Ajay Rastogi recently passed a ruling that enables women officers to serve as army commanders. The court also granted women officers the right to extended permanent service – a privilege that previously applied only to men. While the order affords women army officers the rights they deserved long ago, it does not fix overnight the backward views and stubborn stereotypes that persist within the corridors of power, be it those in the army or elsewhere. 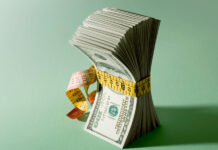