As a fundamental piece of legislation regulating market competition in China, the Anti-Unfair Competition Law has played a significant role in maintaining fair market competition since its promulgation in 1993. In recent years, new types of unfair competition that are unique to the internet have continued to emerge one after another, such as hijacking internet traffic, content tampering, misleading comparisons and improper blocking of advertisements. However, currently effective PRC legislation (including the Anti-Unfair Competition Law) has no specific restrictions and regulations in this regard.

In this context, the Anti-Unfair Competition Law (Revised Draft submitted for review), published by the Legislative Affairs Office of the State Council on 25 February 2016, includes specific provisions on internet operations, and strives to regulate unfair competition in the internet sector in the ways set out below.

Compared to the current Anti-Unfair Competition Law, the revised draft provides for greater supervision and inspection powers of law enforcement agencies, and specifically includes electronic data into the scope of evidence that may be investigated, which is important to the collection of relevant evidence and imposing punishment in a targeted manner.

Increases penalties. The revised draft stipulates that an operator found to have committed unfair competition in the internet sector will “be ordered to stop the illegal acts and be subject to a fine of not less than RMB100,000 (US$15,000) and not more than RMB3 million, according to the circumstances”. The amount of such a fine is substantially higher than that set out in the current law, and will have a greater deterrent effect.

In current practice, an infringing operator will often continue with wilful infringement even after it has been ordered by a court to bear civil liabilities, while the infringed operator usually “wins the lawsuit yet loses the market”, even if it has obtained legal indemnification. Therefore, there is an urgent need for the competent authorities to strengthen punishments against relevant illegal acts after the revised draft becomes a formal legislation.

Strengthens consumer protection. The revised draft stipulates that consumers who suffer damages from unfair competition may also institute legal proceedings. In contrast, the current Anti-Unfair Competition Law only expressly provides for other operators’ right to sue as an aggrieved party, but lacks express provisions on consumers’ right to sue. Under the new provisions, consumers can independently take legal action against internet-related unfair competition. With the enhanced legal awareness of consumers, it is predicted that the number of individual judicial cases will rise and, therefore, facilitate the regulation of the internet services market.

According to legislative practice in China, normally the key provisions of the revised draft will be retained in the final promulgated version. Therefore, the internet-related provisions above are likely to become the focus of anti-unfair competition legislation in China’s internet service sector in the future. Internet service operators should pay close attention to ensure compliance for their business operations.

Leo Wang and Ben Chai are associates at DaHui Lawyers 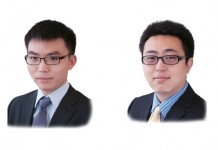