While China’s film, television and culture entertainment industry is undergoing rapid development, capital and operational input from foreign investors is also on the rise in this sector. However, for the time being, foreign investors face significant challenges for investment in this industry.

As the name suggests, the SAPPRFT is in charge of press, publication, radio and television, while the National Copyright Administration, a branch of the SAPPRFT, is responsible for nationwide copyright administration. The MOC administers China’s cultural and artistic matters, with a particular focus on performances.

The SAIC is responsible for general market regulation and administrative law enforcement, and its Trademark Office is in charge of nationwide trademark registration and administration. The Anti-monopoly and Anti-unfair Competition Enforcement Bureau of the SAIC is responsible for investigation of unfair competition, commercial bribery and other related acts.

At the present time, China has no unified and special legislation for the entertainment industry. Instead, with a focus on creating policies for foreign investors in the entertainment industry, the SAPPRFT, MOC and other competent authorities have formulated relevant department rules and normative documents under the framework of general foreign investment legislation.

PRC legislation in the field of entertainment law is expected to be forthcoming, with the Film Industry Promotion Law (draft, pending official release) as an example. These upcoming changes in legislation and policy in the Chinese entertainment industry will inevitably have an impact on foreign investment.

PRC laws encourage foreign investors to invest in the encouraged categories specified under the Catalogue for the Guidance of Industries for Foreign Investment and other policy documents; for example, performance venue operation and intellectual property services.

Some areas under the restricted category have witnessed a gradual relaxation. For instance, performance agency firms are only allowed to be controlled from the Chinese side. However, according to the policy on pilot expansion of entry to the service industry promulgated by the Beijing municipal government, a wholly foreign-owned enterprise (WFOE) is allowed to set up performance agencies in four “specific areas” in Beijing.

In addition, a WFOE may also establish performance agencies in China’s free trade zones. For example, based on public information, Nederlander Worldwide Entertainment, a well known Broadway entertainment agency, registered Shanghai Nederlander Worldwide Entertainment in the Shanghai Free Trade Zone in 2014. It is possible that in the future, such pilots and preferential policies may be promoted throughout China and the performance agency business will be open to foreign investment on a full scale.

Foreign investors are often faced with legal obstacles for direct investment into, or direct operation and management of, entertainment-related industries under the prohibited category of the catalogue.

In practice, businesses under the prohibited category are normally conducted by foreign investors in co-operation with a PRC party by way of technology and intellectual property licensing, management and consultancy services, etc. For example, Warner Music, Sony Music and Universal Music, among others, have licensed their copyrighted music to Chinese music portals to provide to end users.

In addition to the above-mentioned policies on entry of foreign investment, new forms of business such as IPTV, private network mobile TV and Internet TV are constantly emerging in the entertainment industry. In order to enter into these sectors, foreign investors must satisfy new operation and compliance requirements.

In conclusion, as PRC legislation in the entertainment industry constantly improves along with industrial developments, foreign investors will also face increasing opportunities and challenges in investment and operation.

Ben Chai and Cloud Li are associates at DaHui Lawyers 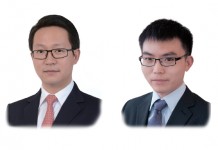