In past years, the Philippines has gained notoriety for having among the highest electricity prices in Asia. Its reliance on traditional energy resources and power plants has been criticised for spiking electricity bills and causing rotating brownouts. As of 2020, the Philippines operates with a power generation energy mix of 57.2% coal, 2.4% oil, 19.2% natural gas and 21.2% renewable energy.

On the road towards energy security, the Department of Energy (DOE) recently released its Philippine Energy Plan 2020-2040, establishing the country’s goal for renewable energy to reach 35% of its power generation mix by 2030 and 50% by 2040. Philippine law has established a legal framework that is intended to attract the required predevelopment investments to finance this audacious goal.

General framework for renewable energy development. The Philippine constitution has adopted a modification to the principle of the regalian doctrine, which holds that the state is the owner of its natural resources. Effectively, all sources of energy are owned by the Philippine state. Pursuant to section 2 of article XII of the Philippine constitution, the state is empowered to exercise full control and supervision over the exploration, development and utilisation of natural resources and renewable energy sources, which the state may undertake directly or in a joint venture with Filipino citizens, or corporations with at least 60% of their capital owned by Filipinos.

Fiscal Incentives. The Renewable Energy Act offers a host of incentives for eligible renewable energy developers. The fiscal incentives include:

(4) Net metering is a system appropriate for distributed generation, in which a distribution grid user has a two-way connection to the grid and is only charged for his net electricity consumption, and is credited for any overall contribution to the electricity grid. Under this system, qualified customers may generate their electricity through renewable energy facilities with a capacity of up to 100kW. Such participants may then export excess power to DUs for credits that can be used to offset their electricity bills.

Aside from the Renewable Energy Act, renewable energy developers are largely governed by the EPIRA Law, which regulates the entire Philippine electric power industry and its participants.

Transmission. Connection to the grid shall be required for generation companies to inject power into the grid, the high-voltage backbone system of interconnected transmission lines, substations and related facilities to convey bulk power. Currently, the National Grid Corporation of the Philippines (NGCP) is responsible for operating, maintaining and developing the country’s state-owned power grid. Before connecting to the grid, several steps must be accomplished, including conducting a grid impact study, executing a connection agreement with the NGCP, and approval from the ERC of the proposed connection.

Distribution. To provide electricity to the captive market, a generation company must enter into a power supply agreement (PSA) with a DU for the supply of capacity and/or energy intended for the DU’s captive market. A PSA shall be awarded to the winning generation company following a successful, transparent and competitive selection process. The rate to be charged under the PSA is subject to approval by the ERC.

Retail electricity supply. Under the retail competition and open access regime, electricity end users meeting certain thresholds shall be considered part of the contestable market allowed to source their electricity requirements from entities duly licensed as an RES by the ERC. Unlike in PSAs with DUs, which are subject to rate approval by the ERC, the rates chargeable by an RES under its retail supply agreements are not regulated by the ERC.

The wholesale electricity spot market is a centralised venue for buyers and sellers to trade electricity as a commodity where prices are determined based on actual use (demand) and availability (supply). The market provides the mechanism for identifying and setting the price of actual variations from the quantities transacted under contracts between sellers and purchasers of electricity. The market is operated by the Independent Electricity Market Operator of the Philippines and governed by the Philippine Electricity Market Corporation, primarily through the corporation’s board of directors and the market’s governance committees.

Other significant considerations for renewable energy developers in the Philippines are laws relating to land ownership and use or rights, the Indigenous Peoples Rights Act and other related laws, environmental laws, and local government laws and regulations.

Finally, there are a number of proposed bills and legislative initiatives that aim to ease restrictions further and simplify complex requirements in the power and energy industry, with a particular focus on growing the renewable energy sector. 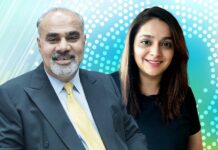 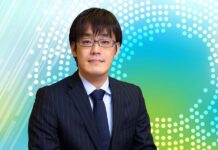