As the world battles with the issue of climate change, India has decided to slowly migrate from conventional forms to clean renewable sources of electricity generation. In 2008, the federal and state governments started a major initiative called the National Solar Mission while launching India’s National Action Plan on Climate Change. With its objective to migrate to clean renewable energy, the country has set a target to achieve a capacity of 450GW by 2030. India presently has more than 100GW of installed capacity at renewable energy plants, with about 80GW comprising solar and wind facilities.

India has both federal and unitary structures of governance. Thus, the constitution specifies the distribution of executive and legislative powers between the union and the states. In this separation of powers, electricity features in the concurrent list of the constitution of India. Hence, both the national parliament and the state legislatures have the right to formulate laws on the subject. However, in case of any conflict, the provisions of the central laws shall override the state laws.

The Ministry of Power administers the implementation of the Electricity Act and primarily plays a supervisory role in overseeing the development of the electricity sector in the country. However, the development and growth of renewable energy in India are administered by the Ministry of New and Renewable Energy, which functions as the nodal agency of the government for all matters relating to renewable energy developments.

India is blessed with various sources of renewable energy, among which solar and wind are the most prevalent. Since 2015, the federal government and most of the state governments have issued favourable policies supporting private sector investment (including foreign investment) in the renewable energy sector. The Electricity Act requires the federal government to issue a National Electricity Policy in consultation with the state governments, which lays down the guidelines for the accelerated development of the electricity sector in the country, with the optimal utilisation of resources such as coal, natural gas, nuclear materials, hydro and renewable sources of energy. The last National Electricity Policy was issued in 2005.

In the past, to encourage wind and solar project development, the government had announced a generation-based incentive scheme that entitles generators to monetary incentives for each unit of electricity fed into the grid during the first 10 years of operations. Generators are also entitled to an accelerated depreciation benefit, which allows the commercial and industrial users of solar power in India to depreciate their investment in wind and solar at a much higher rate than general fixed assets. Regulatory commissions set up under the Electricty Act have issued regulations that mandate a minimum level of renewable energy to be purchased by distribution licensees as part of their total demand, to ensure the wider adoption of electricity generated from renewable sources.

Most state governments with the rich potential of renewable energy sources have issued specific policies to attract private investment in wind and solar. These policies provide benefits such as easier access to land acquisition for setting up of projects, faster conversion of land use to suit the development of renewable energy projects, preferential procurement of renewable power by state distribution licensees, preferential allotment of evacuation capacities, and hassle-free transmission infrastructure.

One of the prime incentives that has enabled large-scale growth of solar power in India is the grant of “must-run” status to wind and solar power plants. Unlike the two-part tariff of conventional power plants, both wind and solar power plants have a single-part tariff. Hence, their revenue is linked to generation and onward transmission. The must-run status ensures that the wind and solar plants are not subjected to unwarranted backdown or curtailment due to congestion in grid infrastructure. The Ministry of Power, from time to time by notification, has waived the interstate transmission system charges, through the central grid, of electricity generated from solar and wind sources of energy.

In India, electricity is a highly regulated sector. The Electricity Act sets the framework for setting up electricity regulatory commissions at the central and state levels, i.e. the Central Electricity Regulatory Commission and the State Electricity Regulatory Commissions. The commissions enjoy legislative and judicial powers, issue regulations and subordinate legislation, and have judicial powers to preside over disputes between generators and distribution licensees, or distributions licensees and consumers. Central or state commission orders can be appealed before the Appellate Tribunal for Electricity (APTEL), a specialised body to review disputes pertaining to electricity. The decisions of the APTEL may be challenged before the Supreme Court of India.

The central and state commissions discharge various functions including regulating tariffs for sale of electricity (at central and state levels), regulating the nature of procurement of electricity generated from various sources (including renewable sources), adjudicating disputes, regulating electricity transmission and issuing licences. The Electricity Act provides for two methods of tariff discovery – the first is a tariff determined by the central and state commissions under various tariff regulations issued by them, and the second is a tariff discovered through competitive bidding. The competitive bids are conducted under standard bidding guidelines and standard bidding documents issued by the federal government.

The central commission presently fixes generic tariffs for renewable plants based on parameters fixed under the Central Electricity Regulatory Commission (Terms and Conditions for Tariff Determination from Renewable Energy Sources) Regulations, 2017. This regulation defines “renewable energy” as grid quality electricity generated from renewable energy sources. The term “renewable energy sources” has been further defined in the regulation to include small hydro, wind, solar including its integration with combined cycle, biomass, biofuel cogeneration, urban or municipal waste and other sources as approved by the Ministry of New and Renewable Energy.

Similarly, the state commissions, based on fixed generic parameters or cost components set out under tariff determination regulations, arrive at a generic tariff determined through a public hearing process. The generators are free to adopt such tariffs and agree to sell power to a distribution licensee. The power purchase agreements for such projects are further filed before the state commission for consenting and approval. Once approved, a generator is entitled to supply power to the distribution licensee at the tariff agreed under the agreement. In case of a tariff discovered through the competitive bidding route, the act provides that the same shall be adopted by the central or state commission, and the agreement executed between generator and licensee be approved. These power purchase agreements have a very robust payment mechanism secured through a letter of credit issued by the procurer (distribution licensee) in favour of generation.

The federal government introduced the Electricity (Amendment) Bill, 2020, to propose amendments that are focused on growth of renewable energy sector. For instance, the constitution of the Electricity Contract Enforcement Authority that shall have the sole authority to adjudicate disputes emerging from power purchase agreements, make establishment of payment security mechanism under power purchase contracts mandatory, levy of penalty on distribution licensees for not adhering to renewable purchase obligations, and empowering the federal government to notify a National Renewable Energy Policy and prescribe a minimum renewable purchase obligation.

This bill, the draft National Electricity Policy 2021, and other policies are expected to bring about the much needed change to enhance energy efficiency to meet technological advancements and climate change goals. 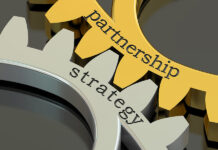 Nation steps up its game in renewable energy, but stringent regulation remains
The definitive list of the country’s leading private practice lawyers