Criminal, civil and administrative intellectual property (IP) are the three major categories of judicially adjudicated IP cases. However, as criminal cases impose the most severe form of punishment for IP infringement and can involve personal freedom, they are special.

Although some courts have implemented the notion of bringing administrative, civil and criminal trials under a single auspice, in general, criminal IP cases arise based on cases opened and investigated by the public security authority or referral from administrative investigations. Even if leads are provided by a rights holder when initiating a case to the authorities, a rights holder has no right to withdraw once a case is opened. However, rights holders do not just passively await the outcome, as initiating a criminal case and the handling procedures demand their attention.

Although criminal cases provide the greatest deterrence and have a strong effect in combating and curbing potential infringement, other than when a public security authority institutes a criminal IP case in accordance with the law, it falls to rights holders to carefully consider whether to initiate a criminal case to pursue an infringer’s liability.

In trade secret infringement cases, a rights holder, as the victim and motivated by a desire for their “pound of flesh”, will often want to pursue the infringer for criminal liability. However, a rights holder will find it difficult to meet the evidence requirements for opening a criminal IP case. If efforts are concentrated on a criminal case, it is possible a rights holder’s opportunity to obtain better compensation and commercial effect in subsequent negotiations or a civil case slips away. Ultimately, it is possible that a criminal case will fail to get off the ground and civil damages will also fail to achieve their intended effect because of animosity triggered by the attempt to initiate criminal proceedings. Where each party has a rights basis, an equivalent fierce reaction could arise, placing the rights holder in legal jeopardy.

The author argues that a criminal case is a double-edged sword for a rights holder. It has the strongest effect in punishing and deterring IP infringement, but can also lead to an irreconcilable conflict with, and fierce antagonism from, the other party due to an unsuccessful effort to institute a criminal action.

Before reporting a criminal case to the authorities, it is important not to act rashly, but to comprehensively analyse the circumstances, the nature of the infringement, the evidence, and its impact on subsequent business. If the conditions are fully satisfied and the circumstances thoroughly weighed, then a case can be decisively initiated. However, if the conditions are not fully satisfied or there is a more appropriate plan, a choice should be carefully made.

In a criminal IP case, evidence provided by a rights holder to the case handling authority is often crucial for a conviction. Where a rights holder reports a case directly to the public security authority, it will be required to co-operate with the authority in gathering and collation of leads and evidence. If the authority succeeds in taking the case, a rights holder will have the right to participate in the proceedings in person or by appointing an agent to do so during examination and action institution. After the case has been referred to the procuratorial authority, it can provide leads and evidence and express its opinion during the judicial appraisal, or when the case handling authority is considering the quantity, price and severity of the infringement.

That does not affect an effort by an infringer to voluntarily and actively compensate a rights holder during the criminal trial. An infringer may have its criminal punishment reduced and a rights holder may receive compensation more quickly and avoid the expenditure of time, energy and money required for a subsequent civil action.

After a trial ends, a rights holder may institute a separate civil action to address the same infringement and seek relief. The advantages are that the infringement was determined in the criminal trial and damages in a civil action are not limited only to direct losses. In practice, a claim for punitive damages is not affected by a preceding criminal case. However, having gone through a criminal case, an infringer’s confrontational mindset may be even more determined, making subsequent enforcement harder.

In summary, if an IP criminal case is reasonably instituted in the appropriate case setting, it will effectively combat infringement, and deter and curb potential infringement, presenting the possibility of receiving compensation quickly during a trial of the criminal case. However, if things do not go to plan, it is possible that instituting a criminal case will fail and other relief opportunities may be lost or, in the worst case, the other party may countersue. Although the advantages of pursuing liability via an IP criminal case are clear, great care must be taken in doing so. 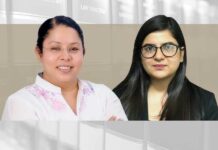 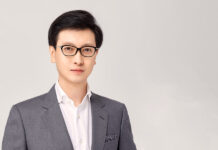