With the anticipated launch of the Science and Technology Innovation Board (STIB), the Shanghai Stock Exchange has stated that prospectuses are among the most important documents for information disclosure, but the quality of existing prospectuses varies greatly.

According to the Shanghai Stock Exchange, existing prospectuses fall short of the standard in five areas: (1) disclosure of science and technology innovation; (2) disclosure of business model; (3) risk disclosure; (4) wording; and (5) format. Admittedly, these issues are related to the fast progress of the STIB and the relevant parties’ mindset of trying to gain ground in this area.

The author holds that this phenomenon not only demonstrates a lack of attention and emphasis on the prospectus, but also shows that people are not clear about the legal position, disclosure obligations and legal liabilities relating to the prospectus.

If we look beneath the surface of the above-mentioned shortfalls, we find that it actually results from immature institutional reform at a fundamental level, and an immature inherent concept. Under the existing institution, there is no clear boundary regarding the liability of different participants, which leads to an unfair assumption of liability.

There are overlapping areas in the role and responsibility of agencies. As to the prospectus document, the wording is not as precise and accurate as that of many overseas prospectuses. In addition, the contents of many prospectuses tend to be lengthy (more than 500 pages) and repetitive.

What’s more, the issuers tend to have many requirements and concerns when it comes to risk disclosure. As the Shanghai Stock Exchange also pointed out, these issues reveal the participants’ lack of understanding, attention and enforcement when it comes to implementing the regulatory requirements, with information disclosure at its core, based on the philosophy of the pilot programme of the registration system.

The concept of a prospectus in legal terms is not clearly defined in the relevant laws and regulations in China. The Company Law stipulates only that promoters shall make an announcement of the prospectus for a share offering to the public and prepare a subscription form. The Securities Law specifies only that prospectuses are among the documents that shall be submitted to the securities regulatory authorities.

Let’s make a comparison with the American market. Pursuant to the Securities Act of 1933, the term “prospectus” means any prospectus, notice, circular, advertisement, letter or communication, written or broadcast by radio or television, which offers any security for sale or confirms the sale of any security.

Obviously, we cannot thus deduce that an issuer shall not be bound by the contents of a prospectus. In the global capital market, all countries pay great attention to the information disclosure quality in the initial public offering (IPO) process, where the prospectus serves as the core document. A prospectus’ status as an important IPO document in legal terms can be confirmed by the relevant laws and regulations and the provisions relating to legal liability.

According to the relevant norms for information disclosure issued by the China Securities Regulatory Commission (CSRC), a prospectus is a necessary legal document for filing an IPO application. In addition, the administrative measures related to an IPO provide that the issuer and all of its directors, supervisors and other senior executives shall ensure the authenticity, accuracy and integrity of the information contained in the prospectus, and such information shall be checked by the sponsor and its representative, that the securities service agencies shall be responsible for any contents relating to their duties, and that the relevant participants shall be liable for compensation where the investors suffer losses because the participants provide documents containing any false or misleading statement or significant omission.

It is also provided in the Criminal Law that concealment of material facts or fabrication of major fraudulent content in prospectuses shall, in cases with severe circumstances, constitute the crime of fraudulent issuance of shares and bonds.

The securities issuance registration system has always attracted attention, but was delayed for reasons including fluctuation of stock prices in the second market as a response to the registration system, and regulators’ perceptions that the market is not mature or prepared for the system.

However, with the pilot registration system of the STIB and the draft amendment (five years in the making) to the Securities Law going through the third examination of the Standing Committee of the National People’s Congress, the market’s high expectations for the registration system have been rekindled.

The advancement of the registration system is, in essence, a reform of the existing approval system, transitioning from a model of selecting good enterprises by “parents” to an investor-demand-oriented model with information disclosure at its core. In the new model, greater efforts will be made in the supervision and punishment of violations. It will facilitate the participants’ assumption of liability, thus creating an open and transparent market.

Therefore, as a vital legal document with information disclosure at its core, participants have to attach great importance to prospectuses. For instance, when it comes to an IPO in Hong Kong, it is normally the overseas lawyers of the issuer that are responsible for drafting the prospectus, and they always endeavour to achieve sufficient disclosure and accurate wording. Also, the lawyers strive to disclose all the risks involved in the issuance, for fear of being held accountable.

In China’s capital market, many people are claiming that prospectuses should be drafted by lawyers. Although it may be inappropriate for the author (who is a lawyer) to stand with them, it is true that, in order to fully consider the legal nature of prospectuses and the relevant liability assumption, nobody seems a better candidate for drafting prospectuses than a lawyer with legal expertise. 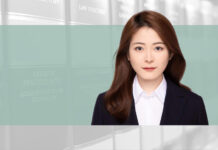