The Companies Act, 1956 allows an Indian company to issue either equity or preferential shares. The latter get preferential treatment over equity shares.

Preference shareholders are entitled to a fixed rate of dividend to be paid from the profits of the company and receive their capital contribution if an investee company goes into liquidation.

Preference shares have to be redeemed by the company either by paying off the full amount to the shareholders or by issuing equity shares within 20 years from the date of issue.

Due to these inherent rights, venture capitalists prefer to subscribe to preference shares.

Preference shares are of two types with respect to payment of dividend: cumulative and non-cumulative.

The former are those where the unpaid dividend accumulates and is carried forward to the next fiscal year.

In contrast, in non-cumulative preference shares, if the company is unable to declare any dividend due to insufficient profits, then such dividend lapses and there are no arrears in the accounts of the company.

Therefore, while issuing preference shares, time and mode of redemption should be clearly defined.

The fundamental concern of preference shareholders is limited voting rights, as they can vote only on matters which directly impact the rights associated with preferential shares whereas equity shareholders can vote on critical issues that effect the functioning of a company.

Further, consent of an equity shareholder is also required to pass a resolution which affects rights of preferential shareholders.

These voting limitations, however, cease where the dividend to a preferential shareholder holding cumulative preference shares is unpaid for an aggregate period of two years.

In the case of non-cumulative preference shares, these voting limitations apply if they remain unpaid for the two preceding financial years or three out of the last six years. In such cases, a preferential shareholder gains a right to vote on every resolution.

According to the Companies Act, preference shares are part of a company’s share capital which are not to be treated as loans to a company.

However, the Ministry of Finance revised on April 30 the guidelines for Indian companies which seek foreign investment through issuance of preference shares.

As such, they would have to conform to caps and guidelines prescribed for External Commercial Borrowings (ECBs) by the Reserve Bank of India (RBI).

The compliance with ECB guidelines implies that the funds raised cannot be utilized for lending, investment in capital markets, acquisitions of an Indian company, working capital, and repayment of existing rupee loans or in real-estate.

ECB is serviced by interest payment and has to be repaid within the specified time period.

Further, compliance with stringent reporting requirements for ECBs is mandatory for the investee company.

The ECB guidelines require the borrower to draw-down the loan only after obtaining a loan registration number from RBI and submit ECB returns regularly to the RBI.

These changes effectively mean that preference shares are debt instruments and funds raised by companies through them cannot be used to pre-pay bank borrowings.

This sudden and drastic change in policy, incorporated primarily to curb the misuse of a popular funding medium, has changed the nature of preference shares.

There is a greater likelihood that it will now become difficult for domestic Indian companies to raise funds abroad for their ventures which, in turn, will lead to discontentment among Indian companies due to curtailed flexibility and freedom associated with the allotment of preference shares. 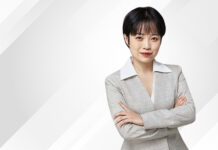