Trilegal advised Peugeot Citroen Automobiles when it recently acquired one of India’s most iconic car brands, Ambassador, from Hindustan Motors for ₹800 million (US$12 million). The firm’s team was led by Gurgaon-based partner Yogesh Singh, who was supported by counsel Ramakant Rai, senior associate Sarvesh Saluja and associate Nimisha Mund. 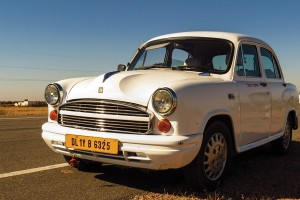 Hindustan Motors was in the midst of proceedings before the Board for Industrial and Financial Reconstruction (BIFR). Khaitan & Co partners Ashwin Bishnoi and Diwakar Maheshwari advised the company on restructuring law issues specifically in relation to the impact of the BIFR proceedings on the sale of the brand.

Hindustan Motors had produced the iconic Ambassador since 1948. As recently as 2013 it was producing five variants of the Ambassador, but has since ceased production.

In January this year Peugeot entered into a tie-up agreement with CK Birla Group companies to enable it to re-enter India. Under the agreement, Peugeot will set up joint ventures with AVTEC to manufacture and supply powertrains in India and with Hindustan Motor Finance Corporation to assemble and distribute passenger cars. Both Trilegal and Khaitan & Co had advised on that deal as well.

OECD’s Asean project seeks to foster competition in the region’s e-commerce sector
How long will it be before AI makes partner?
Find out which are the best law firms in Indonesia
The definitive list of the country’s leading private practice lawyers
Please send any press releases, deal announcements, details of new hires, newsletters and any other news items to: news@law.asia