What began as Philippine President Rodrigo Duterte’s plea for the private sector to voluntarily grant payment deferrals and rent reprieves has now morphed into something broader. In an unprecedented “virtual” special session, congress approved Republic Act No. 11469, or the “Bayanihan (community) to heal as one act”, granting the president emergency powers to address the public health crisis.

Under the Bayanihan Act, the president is empowered to order private establishments to direct their operations towards COVID-19 efforts. A company’s unjustified refusal or inability to operate for COVID-19-related purposes will allow the president to take over the enterprise. The president may: require businesses to prioritize contracts for materials and services; impose grace periods for the payment of residential rent and bank loans; and ensure the availability of credit by lowering effective lending interest rates, among others.

An Orwellian application of the law impinges upon a right often overlooked in the constitutional hierarchy – the non-impairment of contracts. This is contained in section 10, article III of the constitution, which provides that no law impairing the obligation of contracts shall be passed.

The businesses contemplated by the new Bayanihan Act share existing contracts with a myriad of parties such as employees, lessees, lessors, contractors, manufacturers and the like. As it stands, the law carries the possibility of altering the terms of existing contracts.

The purpose of the non-impairment clause is to protect private agreements from state interference, with the end goal of encouraging trade and credit by promoting the stability of contractual relations.

The freedom of contract, however, is not meant to be absolute. Over time, the supreme court has carved out exceptions to the application of the non-impairment clause. Foremost is that the right to non-impairment yields to the state’s police power.

Hence, a statute passed in the legitimate exercise of police power, although incidentally destroying existing contract rights, must be upheld by courts. The non-impairment clause is understood to be subject to reasonable regulation aimed at the promotion of public welfare.

Similar to the freedom of contract, however, police power is not inviolable. A statute built on police power requires the concurrence of a lawful subject and lawful method. In other words, the interests of the general public are involved, and the means employed to promote public interest are reasonably necessary.

In National Development Company v Philippine Veterans Bank, the supreme court clarified that police power trumps the non-impairment clause only where the contract is so related to the public welfare that the legislature will consider it susceptible of change in favour of the greater number.

In the same case, which involved a Marcos-era presidential decree extinguishing all mortgages and liens attached to assets of a bankrupt corporation, the supreme court found that the concerned contracts were purely private transactions.

Without the “indispensable link” to public welfare, the supreme court held that there was an impairment of contractual obligations, a deprivation of property rights, and, accordingly, a need to annul the law.

Due to the pandemic, the new law theoretically conforms to the requirement of “lawful subject” under the police power concept. It remains to be seen, however, whether the means to carry out the declared state policy are “reasonably necessary”.

For instance, the president’s power to lower lending rates may prejudice lenders whose charges and interests have already accrued as vested property rights. The moratorium on residential rent and loan payments, while easing the financial burden of the lessee and debtor, in turn strains the landlord and creditor. Establishments that are vaguely described as “no longer capable of operating their enterprises” due to COVID-19 may be subjected to takeover by the president.

The coronavirus cannot enlarge the scope of the emergency powers bestowed upon the president. If, in the exercise of such emergency powers, the president would impair contracts in favour of specific interests, then even an outbreak should not prevent courts from later nullifying such actions.

With portions of the new Bayanihan Act painted in such broad and abstract strokes, however, the quarantined public can only rely on the wisdom of the executive branch in implementing the law, for now. And there lies the rub.

Samantha Beatrice P King is an associate in the litigation and dispute resolution department at ACCRALAW. 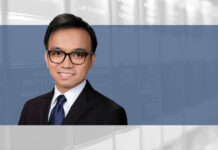 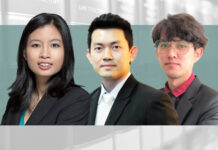 Will green energy finally take off in the region?
Find out which are the best law firms in the country
Nation steps up its game in renewable energy, but stringent regulation remains