The Association of Corporate Counsel Hong Kong (ACCHK) has an exciting agenda for November following some popular events held in September and October.

On 6 November, an event hosted by Miller & Chevalier titled “US Export Controls and Economic Sanctions” promises a lively discussion.

Under the Trump administration, 2018 has seen major shifts in US enforcement of its sanctions and export control laws, as well as increased scrutiny on foreign direct investment emanating from China and Hong Kong.

The US enforcement focus on China in the midst of a full-scale trade war remains strong, as does its focus on North Korea, despite recent developments on the diplomatic front. There have also been aggressive steps taken to re-impose and enforce secondary sanctions on non-US persons conducting business in Iran and Russia.

This seminar is designed to help in-house counsel identify potential US enforcement risks as early as possible in the face of increasingly complex legal rules, and know what steps to take to investigate and remedy them efficiently in order to reduce or eliminate the possibility of potentially damaging US government action.

On 13 November Howse Williams Bowers is hosting an “Anti-Money Laundering Update: What You Need to Know”.

Among topics the session will cover are:

Speaker and Howse partner and head of the firm’s regulatory practice, Jill Wong, specializes in financial services and corporate regulatory and compliance issues. She was previously deputy general counsel at the Hong Kong Monetary Authority and was also in-house counsel at Credit Suisse.

On 20 November, it’s time for a “Fireside Chat” with The Honourable Mr Justice Joseph Paul Fok, hosted by Kirkland & Ellis.

Lin Shi, the ACC Hong Kong president, will join Justice Fok in a conversation on the in-house profession, rule of law, judiciary independence and other topical issues.

Meanwhile, immediate past events have been successes for the association’s members.

On 4 October, ACC Hong Kong and Baker McKenzie held a half-day seminar to discuss the numerous local and international opportunities and challenges when undertaking strategic corporate exercises in China and Hong Kong. The attendees were welcomed by Baker’s head of mergers & acquisitions in Hong Kong, Tracy Wut, and director of ACC Hong Kong’s executive board, Zhou Jiaxing.

In particular, the seminar focused on reorganization trends and issues in China and Hong Kong, common methods of local integration, key tax considerations and implications when advising on restructuring, onshore and offshore amalgamations/mergers, share transfer and asset transfer.

About 55 members comprising in-house and general counsel from a range of industries gathered at Mayer Brown’s Hong Kong office to hear Kennedy discuss the principles and requirements of the GDPR, which came into effect in May 2018, and how businesses in Asia should prepare to meet the obligations introduced by this new regulation.

On 13 September at a thought leadership event entitled “War Stories Taken from the Trademark and Restructuring Front Lines: Pick your Battles” held in concert with ACC Hong Kong, a group of in-house and general counsel from a spectrum of different industries converged at the Bankers Club.

After introductory remarks by Andrew Olsen, a member of the ACCHK board of directors, the evening began with DesVoeuxChambers’ (DVC) Winnie Tam SC talking about the fine line between good and bad trademarks, and bilingual trademarks, as well as the tension between well-known fashion marks and their Chinese names.

In an entertaining review of recent case law including the Hugo Boss and the TWG cases, Winnie emphasized the importance of registration trumping all else in the context of trademarks.

DVC’s William Wong SC dived into the “War of Jurisdictions” homing in on recent developments in jurisdictional issues in corporate restructuring, which was followed by a talk on “Board Fights and Wars of control over Listed Companies”. He discussed battles in the boardroom and the rise of shareholder disputes in Hong Kong.

DVC’s Ho Look-chan wrapped up the session by taking the audience through three key topics which included how a restructuring is normally carried out, the use of provisional liquidators in Hong Kong, and the international issues that are affecting the Hong Kong panorama. 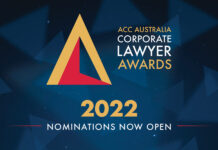 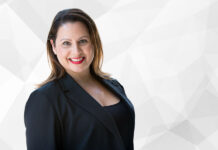