As businesses focus on recouping debts, creditors can turn to the approach applied to disposing of non-performing assets to efficiently resolve defaults

In recent years, due to the macroeconomic situation and other reasons, many enterprises have gradually changed their business focus and started seeking recourse over outstanding claims. However, when seeking recourse, the creditor may face difficulties such as complicated claims, a lack of effective security or clues over a debtor’s property, and a failure to realise the debtor’s property. Based on relevant legal practice, in this article, we attempt to use the method of disposing of non-performing assets to systematically solve the problems of enterprises recovering claims.

Claims are graded based on the degree of difficulty, urgency and seriousness of the consequences of default, with priority given to claims with lower difficulty, higher urgency and higher seriousness. When faced with numerous debt defaults, the creditor needs to refer to the classification method for the disposal of non-performing assets, comprehensively sort out the claims as early as possible and systematically classify them according to the above grading standard to effectively and efficiently resolve defaults.

Generally, starting from claims with lower difficulty not only helps improve the working mechanism of claim recourse, but it also sets a good example and boosts morale, reduces the risk of subsequent deterioration and the increasing difficulty. Priority should also be given to claims with high urgency due to the urgent need to file a case or preserve property, as well as claims with severe consequences of default due to their large amount, to avoid situations that hinder or do not facilitate the claim recourse, such as the emergence of any matter causing centralised jurisdiction, no property for preservation, and the expiration of the statute of limitations for litigation.

For example, when a debtor is a company, we can hold shareholders liable for failure to fulfil the obligation of capital contribution, applying the doctrine of “piercing the corporate veil” to pursue the liability of shareholders or affiliated companies or pursuing the liability of joining the finances of a one-person company and its shareholder; when a debtor is a natural person, we can apply the doctrine of joint debt of husband and wife.

The debtor’s property available for debt repayment directly determines whether the claim can be substantially settled. By sorting out the previous transactions with the debtor, retrieving the debtor’s industrial and commercial information, news reports, information of listed companies disclosed, public judicial judgments or execution information, exercising the shareholders’ right to know for reviewing the financial books, etc., we can obtain as many valuable property clues as possible, including the debtor’s bank accounts, real estate, equity, claims, intellectual property rights, production capacity or emission indicators, take measures to preserve property, or consider the possibility of exercising creditors’ subrogation or rescission rights on that basis, to expand the debtor’s property available for debt repayment.

Consider debt restructuring measures when appropriate and obtain effective security on certain favourable terms. Creditors may consider drawing on debt restructuring measures to negotiate with the debtor, including but not limited to providing a grace period, granting conditional debt forgiveness, or even borrowing an amount of additional money, to obtain effective guarantees or debt accessions or valuable mortgages or pledges from the debtor or third parties, exchanging concessions on short-term benefits for an increased likelihood of claim realisation.

Consider measures such as in-kind debt and debt-to-equity conversion when appropriate or to obtain the ultimate benefit through bankruptcy or changing how to realise a claim. If the creditor is interested in certain assets of the debtor or holds a positive attitude towards the debtor’s future business prospects, he or she may also consider negotiating with the debtor (or its shareholders) for in-kind credit to actually acquire property with realisable value as soon as possible or for debt-to-equity conversion, focusing on the future commercial value of the debtor’s equity and seeking more favourable additional conditions such as dividend rights and veto rights.

If the debtor’s asset status qualifies for bankruptcy and the creditor’s claims have a greater proportion and a higher priority in the total claims, the creditor may also consider using the existing claims through the bankruptcy regime, participating in a reorganisation, and converting claims into equity. Thus, the creditor may control the debtor or its core assets, convert the realisation of claims, and obtain ultimate benefits through business activities.

In summary, when dealing with a complicated claim recourse, a creditor can combine the above-mentioned ideas, based on the overall situation, refer to the disposal of non-performing assets, organise and categorise the claims, control the pace of work, tailor the analysis to specific problems, and use legal tools and commercial negotiations purposefully to improve the efficiency of claims recourse and increase the possibility of claims realisation. 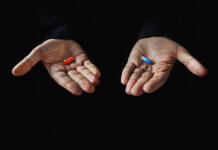