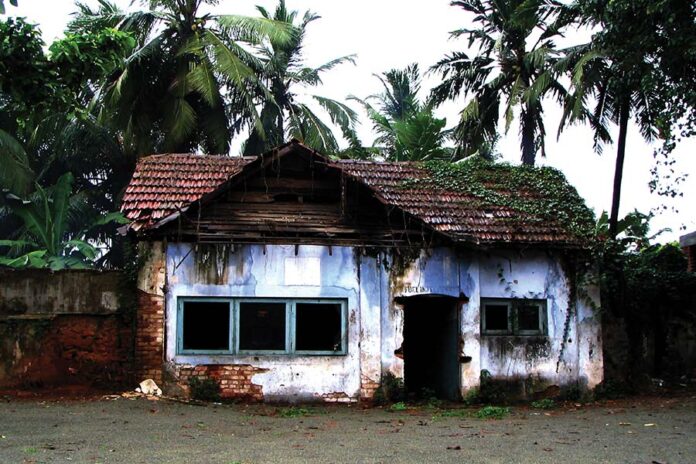 The State of Maharashtra has repealed its Urban Land (Ceiling and Regulation) Act, 1976, which limited landholdings by a single person to 0.5 hectares in Mumbai and one to two hectares in other urban areas.

The legislation, which curbed construction of homes and offices, contributed to a surge in real estate prices. Its repeal could open up more than 25,000 hectares in Mumbai and thousands more in cities such as Pune, Nasik and Nagpur, where the demand for residential and office space is high.
The repeal should also bring transparency and efficiency to the land acquisition process, further encouraging foreign investment in real estate and helping to stabilize property prices in the state.

This also gives Maharashtra greater access to funding from the central government under the Jawaharlal Nehru National Urban Renewal Mission.

The states of Andhra Pradesh, Assam, Bihar and West Bengal have yet to repeal their similar legislation.

In a move that could bring practices in India’s real estate sector in line with the market, the Securities and Exchange Board of India (SEBI) unveiled on 28 December draft regulations for the set-up and operation of real estate investment trusts (REITs).

REITs are a convenient tool for retail investors and help minimize the risks related to real estate investments. While direct investment in a REIT can help reduce taxes, REITs also provide easy exits for private equity investors. The route by which foreign fund managers will be allowed to set up a Real Estate Investment Management Company (REIM) in India has yet to be determined.

According to the draft SEBI (Real Estate Investment Trusts) Regulations, 2008, a REIT would require a minimum net worth of Rs50 million (US$1.25 million) but would be eligible for registration with a net worth of Rs30 million as long as this is increased to the minimum within three years. REITs will have to offer close-ended schemes open for less than 90 days. A rating from a credit rating agency and a formal appraisal is required before the launch.

REITs can only be launched by trusts registered under the Indian Trusts Act, 1882, and can invest only in income-generating real estate and not in vacant land or development activities. However, a REIT may invest in a building that is unoccupied and non-income-generating, or under redevelopment, provided the aggregate contract value does not exceed 20% of the total net asset value.

A REIT may not be exposed to more than 15% of any single real estate project or 25% of all the real estate projects developed by a single group of companies. The draft also calls for compulsory listing on stock exchanges, the appointment of an independent property valuer, and management by a REIM registered with SEBI.

The Securities and Exchange Board of India has published a consultative paper on the draft SEBI (Issue and Listing of Debt Securities) Regulations, 2008. SEBI invited public comments by 23 January.

The draft includes new regulations to govern issuance and listing of debt securities that are not convertible, either in whole or in part, into equity instruments. The variable disclosure requirements for public issues, depending on whether shares are already listed, make it sufficient for listed companies to provide only marginal information, while requiring detailed disclosure for unlisted companies. Issuers of privately placed debt instruments would no longer have to file an offer document with SEBI, but instead would be subject to specific disclosure requirements. A draft document would have to be filed for public offers of debt securities. Private placements with 50 or more persons by public financial institutions and non-banking financial companies would require compulsory listing and specific disclosures. Unlisted companies making private placements may list their securities on a recognized stock exchange.

Under the draft, SEBI may waive or relax the strict enforcement requirements. The draft also seeks to develop a mechanism for the electronic issuance of debt securities to the public while giving enhanced responsibility to merchant bankers. Finally, the draft aims to simplify the public issuance of debt securities and is expected to reduce the predominance of private placements in debt markets.

It remains to be seen whether reforms in the primary debt market and in the secondary debt market will complement each other and whether they fulfil SEBI’s vision of establishing a vibrant, transparent and dynamic corporate debt market.

The Arbitration and Conciliation Act, 1996, applies to international commercial arbitration, following a 10 January judgment by the Supreme Court of India. In Venture Global Engineering v Satyam Computer Services, the court held that Part 1 of the act applies unless parties have agreed to exclude it. Part 1 contains provisions relating to what constitutes an arbitration agreement, the composition of the arbitral tribunal, jurisdiction, conduct of arbitral proceedings, making of an arbitral award and termination of proceedings. Part 1 also enables the courts to grant interim relief, enables parties to challenge the awards, and provides for finality and enforcement of awards. The court held that Part 1 applies to international commercial arbitration, even if it takes place outside of India, unless the parties had chosen to exclude it.

New provisions introduced in the Indian Finance Act, 2007, expand the fringe benefit tax (FBT) to include employee stock option plans and make employers liable for FBT at a rate of 30% (excluding surcharges and education concessions). The rate would be payable when the securities are transferred to the employees and based on the difference between the fair value of the security at the time of vesting and the amount paid by the employee. Under the new provisions, it is lawful for an employer to pass on the fringe benefit tax liability to the employee.

A 20 December 2007 circular from the Central Board of Direct Taxes provided clarity on how the new provisions apply. According to the circular, foreign companies are not required to pay FBT if shares are allotted or transferred to employees of its Indian subsidiary. Liability to pay the tax falls on the Indian subsidiary. The government has not taken into account that the allotment or transfer of shares is also by the foreign company, and there may be no merit in imposing the tax on the Indian entity. A proportionate amount of the value of the fringe benefit will be liable to FBT for employees based in India for only part of the grant period.

Employers cannot claim credit in India for taxes paid by employees in other countries. However, if the employer recovers the tax from its employees, the latter can claim a tax credit abroad for taxes paid in India. While providing this clarification, the government has failed to realize that tax credits in foreign countries fall under their – and not India’s – jurisdiction.

Foreign companies listed outside India will have to appoint a registered merchant banker to value their shares, although the banker can use the listed price as one basis of valuation and recommend the best value. The assessing officer has to accept the valuation of the merchant banker, unless it is perverse. The circular also notes that FBT is not payable on stock options given to non-executive directors or non-employees. Finally, the amount recovered as FBT is not taxed in the hands of the employers.

A new tax-related protocol between India and the United Arab Emirates that takes effect on 1 April is an attempt to prevent misuse of the double taxation avoidance agreement (DTAA) between the two countries. The protocol, signed on 26 March 2007, includes a number of changes to the existing agreement. New residency requirements set the minimum in a particular year at 187 days for individuals and corporations; capital gains from the sale of shares of Indian companies will be taxed in India; a non-discrimination clause for profits of a permanent establishment (PE) will not prevent a contracting country from charging the profits of a PE at a rate of tax higher than that imposed on domestic companies; and a new limitation of benefits clause prevents benefits from going to entities set up just to benefit from them, meaning legal entities without business activities will not be covered. The new protocol provides certainty in determining tax residency for UAE residents but the amendments could affect investments into India from the UAE.

A comprehensive DTAA with Kuwait takes effect on 1 April. The agreement includes a number of significant provisions: tax liability for capital gains arising from the sale of shares is limited to the country where the sale was made; interest payments may be taxed at 10% of the gross where they arise except when the recipient and beneficial owner is a government, government agency or financial institution; royalties or fees for technical services may be taxed at 10% in their country of origin; and any sales, business or supplies executed outside a PE’s home country will not be considered in determining profits attributable to the PE.

One of the most significant developments in Indian labour law in the past year may be the Payment of Bonus (Amendment) Act, 2007 (POBA), a retroactive amendment, enforceable from 1 April 2006. The amendment redrafts Section 2(13) of the Payment of Bonus Act, 1965, to include persons with monthly salaries up to Rs10,000 (US$255). Before the amendment the ceiling was Rs3,500. The retroactive nature of the amendment means employers who fall under the POBA will now be required to pay bonuses to employees who were not previously covered but are now entitled to them for the 2006-07 financial year.

Another change in the POBA is an amendment to section 12, increasing the maximum wage limit for calculating bonuses proportionate to salary from Rs2,500 to Rs3,500.

The final amendment is the deletion of Section 32(vi), which excludes employees hired through contractors on building operations. Ultimately, the changes expand the scope of the bonus law, which previously focused mainly on workers in the organized sector.

The Ministry of Labour and Employment may be considering reforms to some of India’s more onerous labour laws, which may ultimately allow employers to terminate employment without establishing cause. Such sweeping reform would require an amendment to existing termination provisions under the Industrial Disputes Act, 1947 (IDA), as well as state-specific laws. Trade unions and leftist parties are expected to oppose the move, the Economic Times newspaper reported.

Current provisions of the IDA require employers to indicate in a termination notice why they terminated employment. A number of states, in their respective shops and establishments acts, say employees can only be terminated with “reasonable cause”, and misconduct is not necessarily seen as reasonable cause. The IDA also contains provisions that require government permission to terminate employees in certain industries with at least 100 workers.

The ministry’s plan would include a formula to allow employers to terminate employment as long as they provide suitable compensation, calculated at a rate of 45 to 90 days of the employee’s salary.

The concept is new under Indian labour law and, if the proposal becomes law, it could significantly boost confidence in business among Indian and foreign companies while increasing industrial productivity. However, utmost care should be taken to protect the employees’ interest to ensure that the policy is not abused by the employers, creating discrimination issues in the workplace.

The wrap is compiled by Nishith Desai Associates, a Mumbai-based law firm that provides legal and tax counselling. The authors can be contacted at nishith@nishithdesai.com. The wrap is designed to provide general information on key legislative and regulatory developments. Readers should not act on the basis of this information without seeking professional legal advice.