The government’s policy of introducing so-called mixed-ownership of state-owned enterprises is typically accomplished with two medium-to-long-term incentive models – “employee stock ownership plans” and/or the “co-investment mechanism”. This article explores the similarities and differences between the two.

Q: How do the underlying policies differ?

A: There are two options for employee stock ownership plans under the reforms. First, the Opinions on the Implementation of the Pilot Employee Stock Ownership Program by State-controlled Mixed Ownership Enterprises, 2016, require that the enterprises shall obtain pilot qualification. Second, the Interim Measures on Equity and Dividend Incentive for State-Owned Science and Technology Enterprises do not require the pilot qualification, but the implementation conditions of “state-owned science and technology enterprises” should be met. Currently, an “employee stock ownership plan” in the narrow sense usually means that employees make capital contributions in cash or scientific and technological achievements at the same price as non-state-owned capital and hold a certain percentage of equity in the mixed-ownership enterprise after the reform.

The co-investment mechanism refers to the way in which key employees of an enterprise jointly invest their own funds in the company’s innovative business along with the enterprise to achieve risk and benefit sharing. The Circular on Issuing the Plan for Reforming the Institution of Authorised Business Operation with State-owned Capital, 2019, for the first time explicitly supports the holding of shares and co-investment by the core teams of state-owned venture capital enterprises, venture capital management enterprises and other enterprises in new industries, new business forms and new business models.

However, in addition to the Operation Guidelines for the Co-Investment Mechanism of “Enterprises in the Two Top-100 Lists” and the draft consultation document Science Reform Demonstration Enterprises (Draft), issued by the State-owned Assets Supervision and Administration Commission, no normative documents have been issued specifically for the co-investment mechanism. Meanwhile, the above-mentioned draft has not been formally issued and implemented yet.

Q: What is the view of “holding of shares in subsidiaries by employees”?

A: For an employee stock ownership plan, there has been a breakthrough even while prohibiting “holding of shares in subsidiaries by employees”. Employees of state-owned enterprises are forbidden to directly or indirectly hold equity in the subsidiaries of SOEs at all levels, whether in group companies or other affiliates in which their parent companies have invested. However, scientific and technical personnel of any scientific research, design and high-tech enterprises are allowed to hold equity in subsidiaries with the approval of the state-owned assets supervision authority at the same level.

The co-investment mechanism naturally allows for the holding of shares in subsidiaries by employees. The main co-investors are typically the core employees in scientific research, management and business operations who play a key role in project implementation. They co-invest in innovative businesses alongside the enterprises at which they work. Most of the investment objects are subordinate companies or newly established companies of the enterprises they work for. Therefore, the holding of shares in subsidiaries by employees is an inevitable fact under the co-investment mechanism.

Q: How do criteria and scope differ in determining shareholders?

A: In principle, it is voluntary to hold shares in employee stock ownership plans. Enterprises determine the conditions of incentive targets and the scope of employees who hold shares according to the applicable policy paths and their actual situation. Meanwhile, enterprises carry out publicity and education on the implementation of employee share participation before the implementation of a stock ownership plan and encourage qualified employees to actively participate.

Q: What are their similarities?

A: First, they both encourage incremental introduction. Employee stock ownership plans are generally implemented by means of an increase in capital or investment in a new company. The co-investment mechanism encourages state-owned enterprises to develop incremental business based on new industries, new business forms and new business models, usually by setting up new projects or companies.

It should be noted that, subject to the restriction of a check of the number of shareholders in any subsequent securitisation, each platform can be taken as one shareholder for calculation with respect to the platforms of partnerships established by employee stock ownership plans. However, the platforms established under the co-investment mechanism will still be required to penetrate to each employee under penetration check, that is, each employee is taken as a shareholder for calculation.

Third, both have a clear exit mechanism. Both are medium- to long-term incentive models rather than direct employee welfare. They are strongly bound to employees’ in-service status and contribution. Meanwhile, they have restrictions on the transfer, pledge and donation of employees’ equity. The stock ownership program rules specify both the lock-up period (36 months from the listing date) of employees’ holdings of shares and the cap on the share transfer ratio (no more than 25% of the total shares held each year).

In addition, employees who resign shall transfer their shares within 12 months. Due to its “cyclical” characteristics, the co-investment mechanism usually stipulates a clear “bundling” period, and generally requires the exit within a certain period after the resignation, expiration of the agreed period or achievement of performance conditions. 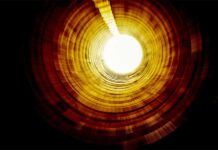