A narrow scope of granted patents leads to a risk of being “designed around” in the biopharmaceutical industry, which deals a blow to the innovation and R&D enthusiasm of pharmas, and causes difficulties in helping launched drug brands gain exclusivity with follow-up promotion in the drug market.

With respect to patent applications involving polypeptide drugs, applications that outline a class of polypeptide products in accordance with Markush claims usually garner little support. A Markush structure represents a chemical structure used to indicate a group of related compounds.

Unlike the applications of this type of drafting in the chemical field, the granted claims of polypeptide applications with Markush claims are limited to the specific polypeptide sequences referred to as the embodiments. This article explores more reasonable matters of bio-polypeptides that may be patentable during prosecution.

Literally, the unity of specific compounds defined by a general formula can be easily highlighted due to the naming correlation of molecular groups. However, with the low correlation of amino acid nomenclature in polypeptides, it is difficult to visualize their relevance as a chemical formula, making them appear to be unlike Markush elements.

Structurally, there is usually a similar backbone structure between recognized conservative amino acids. For example, the nature of the polypeptide backbone is “-N-C-N-C-N-C”. When the amino acid residues are connected end to end, amino acids only differ in the side chains; and the essence of such difference for conservative amino acid residues is similar to the difference between “methyl” and “ethyl” in the chemical field. This is the structural basis for polypeptides compounds to be written based on Markush claims.

Polypeptides also have similar characteristics to compounds under a general formula, in terms of function. In most cases, polypeptides having the same or similar backbone structure will generally have the same or similar function. The natures of conservatively substituted amino acids are more similar, such as arginine and lysine. The amino acid residues that have undergone conservative substitution can also be alternative to each other, based on their similar chemical properties.

Therefore, the polypeptide products encompassed by the polypeptide claims defined by Markush elements not only share a common polypeptide backbone, but also have a mutually replaceable structural and functional basis on the side-chain substituents.

The authors believe that the possibility of existence of such claims cannot be completely denied because of these extreme circumstances. Since compounds can be protected in the manner of Markush claims, it is also possible for polypeptide products being protected in the same way.

The authors believe that claims for polypeptide products can be drafted by reference to Markush claims for compounds. For example, the following options may be considered to prescribe polypeptides defined by Markush elements.

Limitation on the total number of amino acids that can be varied. It is stated in the Examination Guidelines that the derivatives of polypeptides can be defined as “a protein derived from x-amino acid sequence which have substitution, deletion or addition of one or several amino acids from x-amino acid sequence, and have an activity of enzyme A…”. “Several” usually refers to numbers from two to nine in a general sense. The term “several” can then be typically specified with reference to the embodiments, thereby defining the number of changeable Markush elements.

Percentage of identity. The biggest difference in the definition of sequences between the patent laws of Western countries and China is that the definition of identity is not accepted under China’s Patent Law. However, both the number of amino acid residue changes and the predictability of functional definition are based on the topic of “changing the amino acid residues of a polypeptide to what extent that the activity of the original polypeptide will be retained”.

The identity of polypeptide sequences implied the probability that the change of certain amino acid residues can maintain the original activity in most cases, which is a more reasonable definition. Therefore, it is suggested that the identity definition should also be allowed in the Markush claims of polypeptides.

In addition, since a large number of structural products are allowed to be covered in a Markush claim, the practice standards in the chemical field can be used for invalidation of Markush claims of polypeptides so as to provide reasonable relief for the public interest.

The authors hope that, with the vigorous development of the domestic biopharmaceutical field, our patent law can further protect the legitimate rights and interests of inventors and eliminate the differential treatment in the process of chemical biopharmaceutical examination as soon as possible. 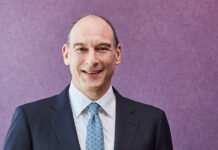