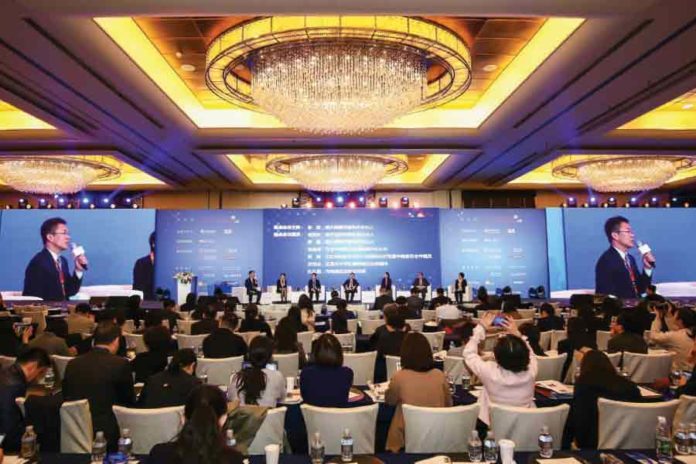 About 500 corporate executives, legal counsel and business elites attended the first CBLJ Forum, hosted by Vantage Asia, the publisher of China Business Law Journal, at the JW Marriott Hotel in Beijing on 3 April.

The forum, which carried the theme “Seizing business opportunities and managing legal risks”, also attracted about 100,000 people who watched the event live on a special SINA webpage. The event was supported by Beijing Arbitration Commission (BAC) and strategically partnered by SINA Finance and SINA Fawen.

Keynote speaker and observer in the field of humanities and finance, Qin Shuo, headed a list of nearly 30 speakers from different companies and academic circles.

Chen Fuyong, deputy secretary-general of the BAC, extended warm congratulations to China Business Law Journal for hosting the forum. In his speech, Chen said arbitration was the cutting edge in dispute resolution, as it was not subject to geographical areas and different levels of jurisdiction.

Deng Qingxu, senior vice president of SINA.com, stated in his speech that SINA Finance had witnessed the rise of China’s commercial society in the past 20 years, during which time legal awareness had greatly improved. “Legal risks are the challenges that deserve the attention of every market player,” said Deng.

After the opening speeches, Qin, who is also founder of Chin@Moments and the Commercial Civilization Research Centre of China, gave his keynote address on “In-depth globalization and compliance issues”.

Qin stressed the growing importance of laws in China’s economic “new normal”, and pointed out that Chinese companies needed to enhance their understanding of compliance on their path to becoming global companies. “The other side of risk for Chinese companies is global opportunity. [Chinese companies] should think in global terms to create global enterprises,” he concluded.

Panel discussions followed and in the morning, Zhong Lun Law Firm moderated a discussion on “Corporate compliance management”, touching upon issues such as executive’s responsibility, securities compliance, criminal law compliance, anti-corruption in private enterprises, and how to cope with government supervision; AllBright Law Offices took on “Financial Markets, opportunities in investment and financing, and legal risks prevention”; East & Concord Partners spoke on “The impact of GDPR on the business model of China’s internet companies and its future trend”; and Dentons China moderated a discussion on “Legal challenges for companies in cross-border investment and financing”.

The response from counsel to the packed programme was positive. “I would say that the issues discussed in the forum are also issues we paid great attention to in the past six or 12 months. These issues have a direct impact on our work,” said Bi Liyan, deputy general manager of legal division at China Minmetals Corporation.

“The profiles of the guest speakers are excellent, and all fit the theme very well. They are professionals with credibility,” said Chen Yingying, legal director and securities affairs representative at Meten International Education Group.

“I want to say that, thanks to China Business Law Journal’s wide networking, [the forum] involves a very diversified workforce, not only including leading local law firms, but also the leading arbitration institutions, and some top in-house legal counsel,” said Victor Shen, the chief legal counsel at Henkel Greater China and Korea. “By such diversification, I am quite sure that it will bring attendees a lot of takeaways.”

Kelley Fong, publisher of China Business Law Journal, described the event as “a grand gathering of key business law stakeholders, which would not have been so successful without the full support of all our readers and friends.

The continuous positive feedback we have had from in-house counsel and other participants at the forum has been most encouraging, and has given us the impetus to continue to arrange other events in future.

“Also, many in-house counsel and executives joined our CBLJ Club, which was recently set up for them to share observations and insights,” he said.

Chinese companies need to enhance their understanding of compliance if they want to evolve on their path to becoming truly global companies.

That’s the view of Qin Shuo, observer in the fields of humanities and finance and founder of popular weblog Chin@Moments, who used his keynote address at the first CBLJ Forum in Beijing to coach hundreds of corporate counsel present, and a live website audience of close to 100,000, on transcending beyond China’s borders.

Qin, who is also a founder of the Commercial Civilization Research Centre of China, pointed out that more and more professionals in economic circles have realized that a healthy and sustainable market economy must be governed by law.

He said that the traditional development mode of China, which mainly relies on government and a state-owned economy to allocate resources, is of low efficiency and cannot continue against a background of China’s “economic new normal”. Globally speaking, China is faced with challenges posed by both globalization and deglobalization. However, no matter whether we think from a domestic or an international perspective, frameworks and rules that can dramatically reduce subjective arbitrariness are crucial to China.

Qin gave two suggestions based on China’s current domestic situation. The first one is to further increase additional financial resources. He used Chinese internet companies’ going public overseas as an example, pointing out that the traditional way of resource allocation in China cannot promote the development of an innovation-driven economy, and that the science and technology innovation board may be able to change the situation.

The second suggestion is to optimize existing financial resources. Qin believed that the traditional method of asset allocation should be eliminated and asset management should be turned into capital management. He said that laws could play a bigger role only by using a market-oriented method of resource allocation.

As for the global economic environment, Qin focused on the Sino-US trade negotiations. In his view, the focus of the negotiations had transitioned from trade surplus to the fundamental structure of trade. He said a high level of openness is also important, and such openness can be shown in two aspects, i.e., “going global” and “bringing in”.

He said China’s “bringing in” strategy had entered a stage where wholly foreign-funded enterprises can be established on all fronts, and that the future direction of China’s “going global” strategy should be establishing global companies that can allocate resources all over the globe.

However, he also indicated that companies should keep enhancing their understanding, awareness and application of compliance in the international community.

Based on his survey conducted overseas, he concluded that although Chinese companies have made impressive progress in terms of going global, they would encounter many challenges and risks, including political and legal, and conflicts triggered by cultural differences.

After the speech, he told China Business Law Journal that it would take Chinese enterprises just three years to outnumber those of the largest scale in the US, while it would take 20 to 30 years for them to build up a globally recognized brand.

“The proportion of international business to the entire business of a Chinese company is still low … [but] you have to integrate into the world.” he said. “At that point, you have to act in strict compliance with the international practices.”

Liu Xiangwen, an equity partner at the firm, gave a keynote speech in this session. Gary Gao, Zhang Baosheng, Zhao Zhicheng, all equity partners with the firm, together with Li Yikun, vice president of Fox Financial Technology, and Peter Su, general counsel at Tsinghua Tongfang, participated in the panel discussion.

According to Liu, China has stepped up its efforts in law enforcement, anti-corruption and supervision in the past five years. He also referred to the international environment in his speech and pointed out that Chinese enterprises would, in the process of going global, be compelled by international rules to attach greater importance to compliance, rather than blindly seeking commercial interests against the background of Sino-US trade conflicts and the Belt and Road Initiative.

Zhang opined that regulatory bodies have taken a strict stance towards securities supervision and punishment. In recent years, the number of cases involving securities breaches is constantly increasing. Therefore, he suggested that entities being supervised keep a close eye on policy changes in the securities market, receive compliance training through agencies, and find experienced lawyers in this area if they are under scrutiny.

Li Yikun shared her compliance-related experiences with internet financial businesses. She said regulatory bodies were willing to exchange ideas with industry players because it is easier to implement the relevant regulations after proper familiarization with the market. She added that businesses should not only think about how to comply with existing rules and regulations, but also participate in the formulation of industry standards, by which “we can make compliance become a competitive edge of Chinese enterprises”. 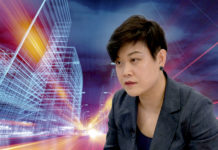 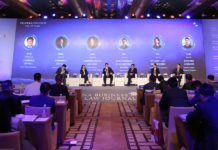 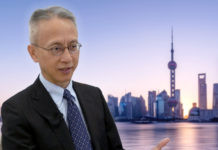