The violation of intellectual property (IP) rights may take place through the cross-border transmission of goods, and particularly during importation. In this respect, the Indian government has invoked the participation of customs officials in the enforcement of IP by bringing into force the Intellectual Property Rights (Imported Goods) Enforcement Rules, 2007.

This legislation is of particular relevance owing to the fact that imports of counterfeit or infringing products may prove to be detrimental to the business of a commercial rights holder.

The rules were brought into force to further the exercise of powers originally conferred under certain provisions of the Customs Act, 1962, which prohibit the importation or exportation of goods for purposes contrary to the protection of patents, trademarks and copyrights, and for the prevention of the contravention of any law for the time being in force. The rules were brought to force in 2007 and apply exclusively to imported goods.

The Intellectual Property Rights (Imported Goods) Enforcement Rules, 2007 have a crucial role to play in the enforcement of IP rights.

These rules accord a crucial enforcement role to customs officials. However, the rules also demand proactive participation from IP rights holders.

A written notice from the rights holder is required at the port of import of goods which are suspected to be infringing intellectual property rights, requesting suspension of the clearance of the goods in question. The notice will be registered by the Commissioner for a minimum period of one year, subject to the execution of a bond and an undertaking to protect the importer, consignee and the owner of the goods and the competent authorities against all liabilities and to bear the costs of destruction, demurrage and detention incurred until the fate of the goods is decided.

The rights holder is also required to execute an indemnity bond indemnifying the customs authorities against all liabilities and expenses incurred on account of the suspension of the release of the allegedly infringing goods.

The rights holder is also meant to provide any information or assistance, including technical expertise and facilities, for the purpose of determining whether the suspect goods are in fact counterfeit or pirated or otherwise infringe an intellectual property right.

This offers a golden opportunity for IP rights holders actively to participate in enforcement procedures, and thus to protect their own rights.

Patents are perhaps the most significant form of intellectual property in terms of the amount of investment made and the benefits reaped. The rights that are acquired by a patentee include the right to prevent any third party from making, using, selling, offering for sale or importing the subject matter of a patent without the rights holder’s consent.

The violation of patent rights may also take place through modes such as the importation of goods.

The enforcement of those rights is crucial. In this respect, the Intellectual Property Rights (Imported Goods) Enforcement Rules, 2007 came to the fore in the dual SIM card case.

The enforcement rules have come under the spotlight in the dual SIM card case, in which phones with dual SIM technology that were being imported into India were confiscated upon the notice of S Ram Kumar.

S Ram Kumar is an inventor from the town of Madurai, who proceeded to enforce intellectual property rights that had been granted to him.

The technology dealt with mobile phones having two SIM card sockets and two headphones, thus facilitating two calls by two persons at a time. Pursuant to this, he alleged that 15 companies that were importing mobile telephones were infringing his rights in a patent he had been granted for dual-SIM technology.

Customs officials in Mumbai and Chennai were approached and a notice was issued in relation to the imported phones under Rule 1(a) of the enforcement rules. However, customs officials ruled that the technology being imported did not infringe the patent which had been granted to Ram Kumar.

Further to this decision, writ petitions have been filed at the Delhi and Madras High Courts. The writ petition at Delhi High Court, filed by Samsung India, questioned the action of the customs department in originally preventing its imports of the said mobile phones.

The company challenged the provisions of Indian Customs Act, 1962 and the Intellectual Property Rights (Imported Goods) Enforcement Rules, 2007. Samsung has also launched proceedings to revoke the existing patent on the ground of lack of novelty.

These cases will determine the further course of action vis-à-vis the enforcement of intellectual property rights by customs officials. While import/export transactions can be a source of infringing and counterfeit products, these cases should ultimately add clarity to the existing provisions, thus enabling rights holders to acquire a handle on the enforcement mechanisms that can be employed.

As one moves from the mere acquisition of intellectual property rights to issues pertaining to the full utilization of the rights acquired, the probability of a number of large and small players – individuals, small companies and multinationals alike – coming forth to enforce their rights cannot be ruled out.

In this regard, the issues that may come up for clarification may also be numerous. However it can be expected that this will only further and streamline the system governing the enforcement of intellectual property rights as they pertain to cross-border transactions involving India. 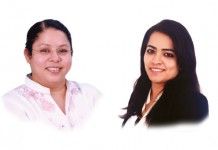 Abiding by the law is key when assigning copyright 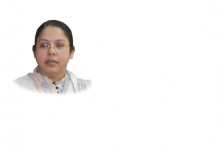 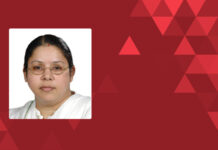 Stay of proceeding in a trademark infringement suit