Spain has long been an attractive destination for foreign private real estate investors seeking a reasonable, safe, private placement in addition to an attractive lifestyle.

Facing a downturn in the local property market, the Spanish government in 2013 adopted a new incentive scheme to attract foreign investors, offering residency in exchange for property purchases (the so-called “Golden Visa”).

The initiative proved a success. After Brexit, its appeal has strengthened, as the role of the UK as a safe European haven has waned. This article addresses some of the key elements of this incentive regime for Asian investors.

The Golden Visa scheme carries a minimum net investment (excluding financing and taxes) of €500,000 (about US$545,000). The investor may seek bank finance and the property may be encumbered, but only to the extent that the amount exceeds the minimum net investment. This figure may be reach by investing in one or several properties.

For off-plan purchases, a guaranteed preliminary contract and a bank certificate proving the payment made must be produced with the application.

Taxes and transactional cost are on top of the minimum net investment requirement and may vary. They include:

• Used properties will most often be subject to property transfer tax (ITP) at a rate between 6% and11% on the purchase price, depending on the region where they are located. Alternatively, the purchase of new properties or those intended for commercial use may be subject to a VAT between 10% and 21%, which may be deductible.

• If the transfer is subject to ITP, stamp duty at a rate ranging from 0% to 1.5% will be applicable. Registration at the Registry of Property, notarial and legal fees for standard purchases amount to approximately 1.5% of the purchase price.

Having met the requirements described above, investors may benefit from two types of visa: the Golden Visa and the Investors Residency Permit. The first one entitles the holder to enter, stay and work in Spain initially for a renewable period of one year. The first renewal of the visa is for two years, and subsequent renewals are for five-year periods. The Investor’s Residency Permit has an initial duration of two years and is renewable for periods of five years as long as the investment is maintained or replaced by one meeting the eligibility conditions.

The application for a Golden Visa is submitted in the Spanish Consulate of the investor’s country of residence, and is normally processed within 10 days from the date of application. The Investor’s Residency Permit has to be applied for by the applicant, while legally staying in Spain on any kind of visa or visa exemption (e.g., a tourist visa) or by an authorized person resident in Spain and holding Spanish notarial powers granted by the applicant.

Family members of the investor may also apply for the Golden Visa or the Investor Residency Permit under the same investment. Beneficiaries may include the spouse, children under 18 year old (or over if economically dependent of the investor) and dependent ascendants. The investor and the other beneficiaries are entitled to work in Spain.

The scheme will ensure that unmarried, co-habiting couples will also benefit from the regulation once they register under the Spanish “domestic partnership” Civil Registry, a rule that also applies to same-sex couples.

No minimum stay in Spain is required, neither during the first year (for the visa) nor during renewal periods, and so the investor’s tax domicile will not be affected. Generally speaking, a non-Spanish national or resident, becomes a Spanish tax resident when she/he stays for longer than 183 days in Spain within a single calendar year.

ALFONSO AUTUORI is a lawyer at the Barcelona office of ECIJA, which is a member of Meritas Law Firms Worldwide 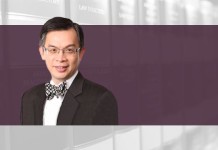 Disclosure of interests of share charge under HK securities law 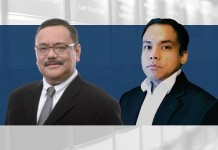 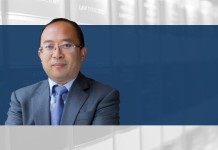