The concept of precedent and the binding effect of precedents set by higher courts on lower courts is one of the cardinal bases on which the judiciary functions and the doctrine of stare decisis encapsulates such principle. A considered judgment handed down by a higher court on the facts and law presented in a case leads that court to arrive at a decision in respect of the relevant questions of law posed by the parties. Such a judgment brings finality to the arguments involved. The court settles the propositions of law and the judgment forms the principles upheld. Thereafter the principles in the judgment are used by lawyers and judges to ensure that the law as settled is followed by courts and tribunals and contrary opinions and interpretations dismissed.

However, this tradition and concept has become a misdemeanour today. The principle behind the doctrine of stare decisis is that the rule of law has to be clear, well-known and well-defined by a competent court of law. When a principle of law is well defined it must be followed by the lower courts.

It is important that precedents are binding in nature in order to bring finality to contentious matters and points of law. However, today there are judgments which are not being followed. Further, the precedents set by the higher courts are not the subject of rigorous analysis and deliberation before the principle of law is settled. This has resulted in conflicts of opinions and leads to conflicting judgments and opinions delivered by lower courts and tribunals, some of which are contrary to the principle.

The Supreme Court in Union of India v Dhanwanti Devi & Ors held that “a deliberate judicial decision arrived at after hearing an argument on a question which arises in the case or is put in issue may … constitute a precedent, no matter for what reasons, and the precedent by long recognition may mature into [a] rule of stare decisis”. The case decided whether interest was payable on compensation for compulsory purchase, and was at first decided in favour of the claimants before being reversed.

Judges should approach the interpretation of judgements intelligently. The principles delivered in leading cases are not static and no phrase or paragraph from such judgments can be treated as a statute.

The National Company Law Appellate Tribunal in Rajeev R Jain v AASAN Corporate Solutions Private Limited and Anr held that “The principle behind the doctrine [of stare decisis] is that men who are governed by law should be fixed definite and known and when a law is declared by a court of competent jurisdiction in absence of any palpable mistake or error, it is required to be followed”. The tribunal held that it and other tribunals were bound to follow precedent. It therefore allowed the appeal and permitted a mortgagee to apply for a corporate insolvency resolution rather than exercising its right of sale under the mortgage.

The doctrine of stare decisis is beneficial and gives certainty and finality. It is a well-thought out mechanism resulting in judicial discipline and the proper rendering of justice. Whatever the opinions of judges they are bound by the doctrine otherwise there would be no finality, points of law would never be settled and would keep changing.

Precedent leads to stability and no area of law is more in need of stability than real estate and property law. Real estate requires commitments of time and capital and forms a large part of the wealth of individuals, families and companies. There must be certainty before purchasers enter into such commitments. It is no exaggeration to suggest that a lack of certainty in real estate imperils the stability of society.

The doctrine of stare decisis is an integral part of judicial decision-making and judges should keep in mind the discipline they took an oath to uphold.

Pratik Ghose is a partner and Avishek Roy Chowdhury is a senior associate at HSA Advocates. 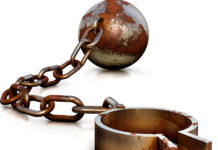 In a celebration of ingenuity and excellence, we reveal the winners of our annual law firm awards
Why the automation of compliance processes is the need of the hour
Does the de minimis exemption help or hinder the CCI?