Henry David Thoreau, the famed American philosopher and environmentalist, was in no doubt that citizens are entitled to disobey unjust laws. He would surely include in that category the Information Technology (Intermediary Guidelines and Digital Media Ethics Code) Rules, 2021 (rules), introduced in February 2021 under the Information Technology Act, 2000 (IT act). Certainly these rules immediately prompted heated debate.

Up to now, social media platforms have offered free and accessible spaces for users to express views through content sharing. These platforms, known as social media intermediaries, have not been responsible for content creation. Section 79 of the IT act provides a safe harbour to intermediaries who host user-generated content, exempting them from liability for the actions of those users. This immunity is now threatened if intermediaries do not comply with the rules, and even criminal prosecution may follow.

Administered by the Ministry of Information and Broadcasting, the rules seek to regulate, under part III, publishers of news and current affairs content (digital news media) and online curated content (OTT platforms), for example, Netflix. Previously unregulated, these entities must now adhere to a code of ethics (the code).

Under the code, digital news media must comply with the Norms of Journalistic Conduct of the Press Council of India, and the programme code under the Cable Television Network (Regulation) Act, 1995. The Norms and the programme code have never been mandatory, but have been considered self-regulatory guidelines. OTT platforms must “exercise due caution and discretion” while featuring activities, beliefs, practices, or views of racial or religious groups, failing which the content may be blocked. An Inter-Departmental Committee (IDC), comprising only government officers, will enforce the code, effectively granting the government unfettered control over content on the internet. A three-tier grievance redress mechanism allows anyone to complain that there has been non-compliance with the code. The last tier is an appeal to the IDC, which, if it finds a code violation, may recommend sanctions against the publisher, including content deletion or modification.

The code is clearly vague and excessive and may have a chilling effect on publishers’ right to free speech, as well as citizens’ rights to consume differing and varying perspectives. Unsurprisingly, the constitutionality of the rules has been challenged before various high courts, in petitions ranging from concerns about data privacy to the onerous obligations under the rules.

While the Kerala High Court restrained the government from taking coercive action against an individual publisher, the Bombay High Court made a more extensive order in August 2021. The court stayed the operation of rules 9(1) and 9(3), noting that these were outside the authority of the IT act, and permitted excessive delegation. It said that the IT act does not impose any obligation on publishers to comply with the code of ethics. Further, the rules exceeded their jurisdiction in transforming the Norms of Journalistic Conduct from moral sanction to statutory compliance. Equally, the programme code regulates cable services but cannot require anyone on the internet to express certain kinds of views only. The court held that such requirements violate the constitutional right to freedom of speech.

The Madras High Court reaffirmed the stay, and asserted its pan-India effect. Separately, a petition seeking to transfer all petitions challenging the rules to the Supreme Court is yet to be decided.

While social media platforms may have positive duties such as accountability to users, the rules do not address this. Instead, they increase censorship, scrutiny, and sanction, without seemingly understanding the technology or the nature of human interaction, and certainly with no regard or respect for fundamental rights. If the rules remain in their present unfettered form, they will transform the way Indians use the internet. Such unshackled government control over information and communication and expression of thought threatens the fabric of India’s constitutional democracy. A degree of belligerent but civil opposition to such problematic laws is surely welcome. 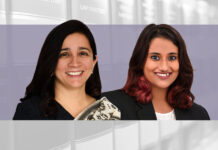 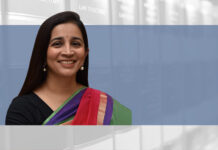 A learning curve for edtech self-regulation 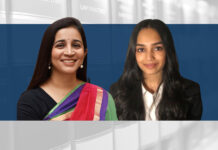 Why the automation of compliance processes is the need of the hour
In a celebration of ingenuity and excellence, we reveal the winners of our annual law firm awards
The top 100 overseas lawyers for handing India matters