Recently, in the case of Bombinate Technologies Pvt. Ltd. v KOO Coin and ors., the Delhi High Court granted an interim injunction order against infringers of the mark KOO and a bird device associated with it, registered and owned by the plaintiff, Bombinate, since 2019.

The plaintiff was the owner of the popular Indian multilingual social media Android-based mobile applications Vokal and Koo, used as micro-blogging platforms by more than 10 million users, and downloaded from the Google Play store. They owned the mark KOO, the bird device and the domain name kooapp.com. The marks and the device were adopted by them in 2019. The plaintiff also launched a scheme called Koo Coin as a reward programme for its active users who checked into the app once a day. These coins were redeemable and could be used as cash.

The plaintiff became aware of several websites created by the defendants for blockchain trade and microblogging. These were www.koo.money, www.minekoo.com, Koo Network and Koo Tweet Social Media. The defendants launched a digital currency on these websites called Koo Coin in 2022. Further, several mobile Android application package providers were providing links to the websites of the defendants. It was also asserted that the defendants may have been committing fraudulent transactions under the guise of trading digital currencies, thus duping innocent users. The defendants were using the plaintiff’s marks in these transactions. The entire operation of the website and the services were vague since the details of the persons who had registered these domains were not available and there was a large-scale misuse of the plaintiff’s mark.

The action was brought against the three platforms Koo Coin, Koo Network, and Indian Creatives Koo Tweet Social Media, and the domain name provider GoDaddy LLC. The other defendants were various internet service providers, the government Department of Telecommunications and several unidentified and unknown infringers. The plaintiff had also filed complaints with such bodies as the National Cyber Crime Reporting Portal, the Ministry of Electronics and Information (ministry) and the Federal Trade Commission.

After hearing the plaintiff’s submissions, the court held that the plaintiff was, on the face of it, the rightful owner of the marks in question for the services being provided online on social media platforms. The defendants’ websites were held to be vague and infringing the plaintiff’s marks. One of the vague websites claimed to be based in the United Kingdom but the digital money was converted into Indian rupees. Another of the defendants was operating a mobile app which had several reviews saying that it appeared to be fake. Yet another defendant was imitating a social media platform and running it under the name Koo.

It was clear that the defendants were misusing the plaintiff’s marks to mislead customers by pretending to provide genuine cryptocurrency trading platforms associated with the plaintiff. To protect innocent customers from being deceived into believing the defendants to be genuine, the court granted the injunction. The ministry decided to block such vague websites and directed internet service providers (ISP) to do so. The defendants were restricted from using the mark or offering digital currency trading under the plaintiff’s marks. The domain name provider was ordered to disclose the details of the owners of these duplicitous websites. The matter will next be heard on 6 October 2022.

The order of the court serves the dual purpose of protecting brand owners as well as customers. The wave of digital currencies is a double-edged sword. It has become easy cover for financial scammers. Due to the anonymity it provides, it is even tougher to identify the culprits behind scams. However, a collaborative effort by brand owners, government regulators, ISPs and domain name providers, will stop culprits, enforce intellectual property rights and secure the property and data of customers.

Manisha Singh is a partner and Simran Bhullar is a senior associate at LexOrbis. 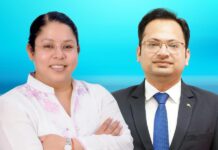 A comparison of patent regimes: India

Copyright infringers bait B2B partners with the promise of opportunity
Revealed: The top international law firms for India matters
E-signatures get a boost during the pandemic with parties finding they speed up turnaround times for deals