A special chapter of book three, “Contracts” of the Civil Code, provides explicit stipulations on factoring contracts, upgrading them to the category of nominate contracts. Most factoring business in China is factoring with recourse.

According to article 766 of the Civil Code, a factor with recourse may claim the return of the principal and interest of factored financing from the creditor or the repurchase of the creditor’s right of accounts receivable, or claim the right of accounts receivable from the debtor. Therefore, a factor enjoys the recourse, repurchase/reassignment right and the claim right. So how can they exercise the three rights? And can they co-exist?

Factor’s claim right refers to a factor’s right to ask the debtor to pay the accounts receivable due.

In the Supreme Court Civil Appeal No. 132 (2017), the court held that when the factor filed a separate lawsuit to request the creditor to repurchase the creditor’s account receivable rights and won the lawsuit, it should no longer have the right to request the debtor to pay off the receivables.

In terms of the order of liability, in the event that a factor sues the creditor and debtor at the same time, the following distinctions shall be made:

. If the factoring contract explicitly stipulates that the creditor and debtor shall assume joint and several liability, it shall be dealt with in accordance with the contract. In the first factoring dispute under the Civil Code, the Pudong New District People’s Court ruled that the creditor and debtor should assume joint and several liability according to the agreement.

. If performance on the new debt fails, the creditor could ask for performance of the old debt. The function of recourse in factoring contracts is equivalent to the creditor of accounts receivable providing guarantee for the debtor’s solvency. Therefore, the debtor assumes the first order of repayment liability, and the creditor the supplementary liability for what the debtor cannot pay.

To sum up, the recourse of the factor does not “co-exist” with the repurchase/reassignment right, and the factor must choose one. However, the recourse and claim right can co-exist, and if the factor files a lawsuit, it is recommended to sue the creditor and debtor at the same time. 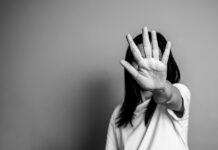