One of the requirements for the enforcement of a foreign arbitral award in Indian courts is that it is made in accordance with either one of those two conventions.

The Supreme Court of India in the case of Bhatia International v Bulk Trading, AIR 2002 SC 1432, has held that an arbitration award not made in a convention signatory country will not be considered as a foreign award and, as such, will require a separate action to be filed on the basis of the award.

For a foreign arbitral award to be enforceable under the AC Act, it must fulfil a number of perequisites.

First, it must be related to a commercial transaction. The award must be made in a country that is a signatory to the Geneva or New York conventions to resolve commercial disputes arising out of a legal relationship. The Supreme Court in RM Investment & Trading v Boeing, AIR 1994 SC 1136, has observed that the term “commercial” should be liberally construed as having regard to manifold activities which are an integral part of international trade.

Third, the agreement must be valid. In Khardah Company v Raymon & Co (India), AIR 1962 SC 1810, the Supreme Court held that an arbitration clause cannot be enforceable when the agreement of which it forms an integral part is declared illegal. Hence, a foreign award must arise from an existing enforceable commercial contract.

Finally, the award must be unambiguous. In Koch Navigation v Hindustan Petroleum Corp, AIR 1989 SC 2198, the Supreme Court held that the courts must give effect to an award that is clear, unambiguous and capable of resolution under Indian law.

Under sections 48 and 57 of the AC Act, enforcement of a foreign arbitral award may be refused by an Indian court if it falls within the scope of the following statutory defences:

(i) The parties to the agreement are under some incapacity;

(ii) The party against whom the award is invoked was not given proper notice of the arbitral proceedings or was unable to present his case;

(iii) The award contains decisions on matters beyond the scope of the arbitration agreement;

(v) Proceedings contesting the validity of the award are still pending in the country in which it was made;

(vi) The award has been set aside or suspended by a competent authority of the country in which it was made;

(vii) The subject matter of the dispute cannot be settled by arbitration under Indian law; or

(viii) The enforcement of the award would be contrary to Indian public policy.

An application for the enforcement of a foreign award under the provisions of the AC Act, must be made to a court with a competent jurisdiction.

Such an application should be accompanied with the following documents:

(i) The original or duly authenticated copy of the award;

(ii) The original or duly authenticated copy of the agreement;

(iii) Such evidence as may be necessary to prove that the award is a foreign award; and

(iv) Such evidence as may be necessary to prove that the award has become final.

The Supreme Court in Fuerst Day Lawson v Jindal Exports, AIR 2001 SC 2293, held that a single application will hold good to decide the question of the execution of the foreign arbitral award as well as the decree of the foreign award.

In accordance with the AC Act, on fulfilling the aforementioned conditions, a foreign award will be deemed a decree of the Indian court enforcing the award, and is binding for all purposes on the parties.

Nishant Malhotra is an associate at Titus & Co. He can be contacted at nmalhotra@titus-india.com. Titus & Co Advocates is a full service law firm based in New Delhi. The firm can be reached at titus@titus-india.com. 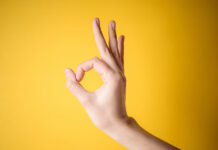 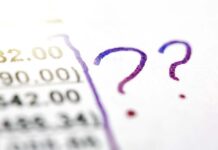