Correspondingly, the author keeps receiving more and more inquiries, from fellow non-litigation lawyers and friends in the legal business, about the drafting of arbitration clauses. This article will explain how to draft effective arbitration clauses under Chinese law.

The number of arbitrators may also be determined in line with the criteria for the specific case. Especially in cross-border arbitrations, the need to bear the costs of a three-member tribunal for cases involving a small subject matter will result in significant costs for the parties to uphold their rights.

It’s also true that there are many other agreed-upon items in arbitration clauses. It is particularly worth noting that alternative methods for dispute resolution should be avoided. In some arbitration clauses, the first half already contains a valid arbitration provision under Chinese law, while the second half suddenly specifies that if either party is dissatisfied with the award, it may file a lawsuit to a court of competent jurisdiction.

Jiang Fengtao is the Founder/Senior equity partner of Hengdu Law Firm. He is also a member of All-China Federation of Industry and Commerce Entrepreneur Committee. He can be contacted on +86 10 5760 0588 or by email at hengdulaw@hengdulaw.com 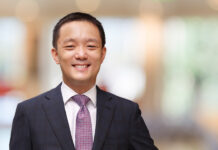