ALL JURISDICTIONS require rules governing the ways in which evidence is obtained for the purpose of legal proceedings.

The existence of such rules is essential to ensuring that legal proceedings are conducted in a fair and transparent manner and that one party is not disadvantaged by not being able to obtain evidence that supports its case. This article examines the issues in the context of civil litigation and compares the position in common law jurisdictions with the position in mainland China.

In an adversarial system, it is the responsibility of the parties to collect evidence in support of their case before the proceedings commence and to present it to the court. How the parties obtain evidence – particularly when it is in the possession of the other party – is therefore of critical importance. The process by which a party to civil litigation may obtain evidence before a proceeding commences is commonly known as “discovery”. In the UK, the process is known as “disclosure” following reforms to civil procedure that were adopted in 1999. 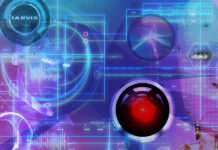 A tribute to Chinese legal pioneers in common law jurisdictions