In the recent case of Adobe Inc v Namase Patel and Ors, the Delhi High Court imposed hefty penalties in a cybersquatting case brought against a repeat offender. In awarding the full damages of INR20 million (USD242,000) claimed by the plaintiff, Adobe Inc, the court also ordered a permanent injunction against infringement of its trademarks, a block on offending websites, transfer of domain names and a prohibition on disclosing confidential information.

The plaintiff was founded in 1982 and is the second largest US-based personal software company, with revenues for 2021 of more than USD5 billion. Its house mark and other trademarks such as Adobe, Adobe Spark and Photoshop are widely licensed for global use. Its house mark Adobe was adopted in 1986 and has been in use ever since. The plaintiff’s Adobe trademark has been recognised as a well-known trademark within the meaning of section 2(zg) of the Trade Marks Act, 1999. The use of the Adobe trademark dates from 1993 in India and has been registered in several classes including classes 9 and 42. The trademark Photoshop is also registered in India. The plaintiff claims rights in the trademarks Spark and Adobe Spark, which have been used since 2016 for its suite of web tools. The plaintiff owns the domain names www.adobe.com, www.adobe.net and www.adobe.in.

The defendant, Namase Patel, secured the domain names, www.addobe.com and www.adobee.com, which the court held to be confusingly similar to the plaintiff’s marks. The defendant operated several sub-domains to include other trademarks such as Photoshop and Spark and used URLs such as photoshop.addobe.com and spark.adobee.com to infect the computers of users with malware. The defendant used a catch-all site offering e-mail services provided by a domain name investor platform, www.above.com. This site drew in unsuspecting users who may have misspelled the word adobe. In this way, the defendant accessed confidential emails by allowing users to assume he was a representative of the plaintiff. This amounted to passing off of the defendant’s services as those of the plaintiff.

At no time did the defendant appear or otherwise co-operate, but the court took into account affidavits detailing the forensic investigation into the offending domains. The investigation revealed that those domains featuring Adobe branded products as subdomains and the catch-all emails intended for Adobe recipients, led back to the defendant. The plaintiff cited several World Intellectual Property Organisation domain dispute decisions in which the defendant had been held a habitual offender involved in cybersquatting and infringing trademarks of well-known entities by securing deceptively similar named domains.

In an earlier interim order, the court had restrained the defendant from using the offending domains and further registering any domain names with the plaintiff’s marks. The court had directed the police to trace the defendant, who had provided a false address in Mumbai, and had ordered ISPs to block the infringing domains with immediate effect. Dealing with the URL www.above.com, the court had directed them to suspend its services to the defendant, requiring them to furnish the contact details of the person using the account.

In the final hearing, the court heard that the defendant was untraceable and could not be found. Www.above.com was not responding to court’s order. The recent activities of the defendant’s email account indicated he was in the USA. The court in its judgment ruled in favour of the plaintiff, granting the permanent injunction against the defendant and making the various orders relating to the domain names. In awarding the damages claimed by the plaintiff, the court accepted that the defendant was a habitual cybersquatter and domain name infringer, and made it clear that the damages were intended to be a deterrent.

While this is a positive decision where repeat offenders are concerned, executing awards of damages on those defendants and enforcing orders remains difficult, if not impossible. In this era of the internet and online presence, offenders are usually able to mask their identities, adopt pseudonyms and aliases, are untraceable and can easily evade their liabilities. Domain registries and domain registrars may have to implement stricter onboarding procedures for individuals and entities who have been flagged as being involved in infringing activities.

Manisha Singh is a partner and Akanksha Kar is an associate partner at LexOrbis. 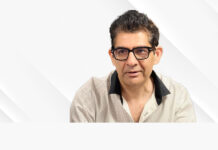 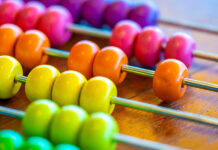 As clients get savvier, law firms face pressure to lower their fees
Although not sparking this trend becoming known as the “great resignation”, the pandemic surely added fuel to the fire, pushing many lawyers
The leading lawyers and icons most recommended by clients