There should be little surprise that India continues to struggle with the knotty problem that is virtual currencies, which according to a May 2020 ruling of the Supreme Court, “elude an exact and precise definition”.

The ruling, which was celebrated for giving a positive perspective on the crypto industry, makes no bones of the fact that the “digital currency civilisation” may be unlike any other. More recently, referring to the Dutch tulip price bubble of the 17th century, the governor of the Reserve Bank of India cautioned that such digital assets were “not even a tulip”.

This month’s Cover story is an analysis of recent developments in the crypto industry. As we point out, the fact that cryptocurrency is being taxed does not make it legitimate as questions about its legality and regulation are still to be decided. Yet chances are that a crypto bill being put forward to clear the air on such issues may not see the light of day. A former senior bureaucrat we spoke to says the issue “is [both] simple as well as complex”.

The bottomline, however, is that the government cannot ignore the country’s significant exposure to cryptocurrency. As such, while dealing in virtual digital assets may not be made illegal, the industry can expect stricter laws to ensure traceability, transparency and disclosures to be put in place.

Until that happens, investors and others will do well to remain cognisant of the fact that influential voices such as that of the Bank for International Settlements have seen the emergence of cryptocurrencies as a combination of “a bubble, a Ponzi scheme and an environmental disaster”.

Yet, as the Supreme Court said in its 180-page 2020 ruling, there has been no evidence that the activities of virtual currency exchanges have actually had any adverse impact, and the way ahead may be challenging but ultimately traversable.

In Growing a conscience we turn the spotlight on the environmental, social and governance (ESG) considerations in business decision-making, which thanks to the pandemic and the climate crisis are growing in importance. While there is a significant increase in the pace at which corporations are communicating ESG issues with their shareholders, investors and other stakeholders, more ESG-related regulations may be on the way.

As it stands, it is mandatory for the top 1,000 listed companies to make ESG filings. With the securities market regulator recently asking for comments about regulating ESG ratings providers, the scope of the regulations may well be expanded. Will it enhance confidence in India’s ESG ecosystem? Only time will tell.

This month’s What’s the deal? explores the challenging topic of cross-border data requests from the perspective of multinational technology companies. Such companies shoulder social responsibilities, whether it is to do with the protection of personal information and state cybersecurity, the efficiency of criminal justice case handling and public security, or determination of the value of data sovereignty. All of these are hard questions and our coverage provides insights and advice on what is both an opportunity and a challenge presented to us by the times.

In Meta ready to throw in towel we continue on this theme, focusing on concerns about contentious clauses in India’s data privacy bill expected to impact businesses – data localisation and restrictions on cross-border transfer. Meta Platforms said in a filing to the US SEC that it could increase the cost and complexity of delivering services. How will Meta reconcile this dilemma given that India is among the top three countries for user growth in 2021?

Writing in this month’s Vantage Point, Rohan Thacker, a deputy vice president at Tata Capital, says parties to a contract can ill afford to have arbitration clauses without express provisions regarding the seat of arbitration. The seat should be specified in a manner as to leave no room for doubt that it is indeed the seat, and not merely the venue or place of arbitration. Parties should also examine the implications of choosing a particular seat in light of various laws that become applicable at different stages of the arbitration. Failure to do so can be crippling as the seat of arbitration is often a hotbed of contention.

In Intelligence report we recognise 50 young and dynamic lawyers who we believe will be India’s Future Legal Leaders. Our list applauds lawyers who have accomplished much even as they climbed the ranks within established firms, or started ones of their own. The list includes Rahul Gulati, a partner at Talwar Thakore & Associates who is not only “able to handle large volumes of transactions efficiently”, but is also “unflappable in tough negotiations”; Anand Lakra, at JSA, is described as “a thorough professional with clear understanding of client requirements”; and there are 48 more deserving of appreciation. 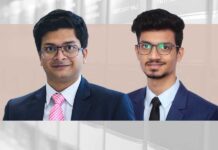 Access granted with riders on foreign ownership
Does the de minimis exemption help or hinder the CCI?
Why the automation of compliance processes is the need of the hour