Israel is a global player in many fields that particularly interest Chinese investors. As a result, in recent years, this tiny yet powerful country has seen a tide of growing Chinese investment. Highlights include combating desertification, refining water desalination, improving agricultural capabilities, and advancing the integration of high-tech into the economy. In 1992, the volume of bilateral trade between Israel and China was just US$50 million, and according to a recent China Daily report, the number now stands at about US$10 billion.

One main driver behind China’s fast-growing economic ties with Israel is Israel’s robust and innovative economy. It invests 4.5% of its GDP in research and development and has the highest number of start-up companies per capita globally. Since China continuously aims to transform its labour-intensive industries to be more IT and hi-tech oriented, Israeli innovations are highly sought by Chinese investors, especially in the scientific and technological fields.

Chem China spearheaded a new era of Chinese investment in Israel in 2012 when it paid US$1.44 billion for 60% of Machteshim-Agan (now ADAMA), a global leader in off-patent crop protection solutions. Since then, Chinese firms have invested billions of dollars in Israel, mainly in hi-tech, advanced medical equipment, energy and agricultural technology. In particular, in the past couple of years, the success and failure in several high-stake acquisitions of prominent Israeli corporations have revealed both the appeals of Israeli businesses to the Chinese investors and certain obstacles that the Chinese investors are facing.

In April 2015, Bright Food Group, China’s second largest food manufacturer by revenue, announced its completion of the purchase of 77.7% of Israel’s largest food company Tnuva. The stake purchase put Tnuva’s value at around US$2.16 billion. In China’s booming dairy market, this acquisition was seen as an opportunity to boost Bright Food Group’s product and technology capability. However, Chinese acquisitions of stakes in Israeli companies have also been met with questions, anxieties, and even objections from the Israeli public. Particularly in Tnuva’s case, as it is seen as a national icon, the acquisition caused considerable consternation in the country.

The recent failure of two Chinese investors’ attempts to take control of two Israeli insurance companies is a more poignant reminder of regulatory hurdles that investors must consider in making their investment decisions. In February 2016, Fosun International, one of the most prominent Chinese companies globally, announced that it had pulled out of the purchase of a controlling stake in Phoenix Holdings from Israel’s Delek Group. Phoenix Holdings is an insurance and financial group, and the price tag was US$462 million.

Although Fosun did not comment on any specific reason for ending the deal, the Israeli press had long doubted if the transaction would pass government scrutiny. A month earlier, China’s Macrolink Group quit talks with Clal Insurance regarding the purchase of a controlling interest in that Israeli insurer. It was reported that Macrolink abandoned this deal due to the unusual requirements set by Israeli regulators.

Coincidentally, in both cases, the widely shared view among the Israeli public was their distrust towards Chinese investors where the investments concerned insurance and their retirement funds. It is open for speculation as to how significantly this public sentiment had influenced the regulators, but for Chinese investors, it is a factor that they need to consider public and government relations when they make investment decisions and design strategies.

In 2014, the transaction amount involving Chinese investment in Israel totalled US$1.874 billion, which more than doubled to US$3.952 billion in 2015, according to statistics provided by Weinstock Zecler & Co., an Israeli law firm based in Tel Aviv. The forms of investment include acquisitions, joint ventures, academic cooperation, and economic cooperation, covering various sectors, such as high-tech, investment in funds, medicine/biomed, food, and agriculture.

Chinese acquisitions of Israeli high-tech companies totalled US$256.5 million in 2014, which almost doubled to US$473.8 million in 2015. Such acquisitions are divided into two main categories: investing in local venture capital funds such as Pitango and Carmel Ventures, and direct investments in companies. The latter ranges from purchases of emerging start-ups, such as China’s 160Ctrip.com’s purchase of Israeli Fusion for US$160 million or Alibaba’s investment in Visualead for US$7.5 million, to investments in more experienced entities.

In addition to high-tech, some of the major deals from 2014 and 2015 in other sectors include: In the agrochemical field, Hebang acquired 51% of the private company Stockton for US$90 million. In the biomed industry, the acquisition of the world-renowned company Lumenis was completed by the Chinese private equity fund XIO for US$510 million. Lumenis specializes in developing and manufacturing energy-based, including laser, solutions for the surgical, ophthalmology and aesthetic markets.

In addition to acquisitions, Chinese-Israeli strategic joint ventures and co-operation projects are becoming common. For example, a subsidiary of China Harbor Engineering Company Ltd. has won a contract to establish a new port at Ashdod, and China Railway Tunnel Group has been selected to build tunnels in the western section of the Tel Aviv light railway project. It is also worth mentioning that Israel has also become a founding member of the new Chinese investment bank AIIB.

Experts note that more can be done to foster more growth in the two countries’ economic ties. Long-standing obstacles need to be tackled, such as culture differences and the language barrier, while restrictive regulations and guidelines governing business transactions exist in both countries. Nonetheless, such obstacles have not dimmed the prospect of Chinese investments in Israel. Just in early April 2016, Fosun Group announced in Jerusalem that it has signed an agreement with a consideration of approximately RMB496 million to take over 100% equity interest in AHAVA, a top brand of Dead Sea mineral skincare products.

Looking to the future, a new global initiative instituted by China, known as “One Belt, One Road” may encourage more Chinese investment in Israel. Israel is strategically positioned on the maritime route, and the plan integrates Israel by unloading goods at the Red Sea port of Eilat, taking them by train to the Mediterranean port of Ashdod, which as noted above is being built by a Chinese company, and then transporting the goods to Europe. Opportunities abound; the peak of Chinese investment in Israel is yet to come.

Zhou Min is a partner at PacGate Law Group. Gidon Weinstock, a partner at Weinstock Zecler & Co., also contributed to this article 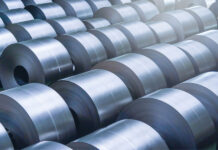