English
Our publications
Home Four seas Past the pit stop

With the world’s economies returning to their grid positions, both the investment appetite of PRC businesses and demand for Chinese capital are on the rise. While there are good reasons for optimism, there are challenges to overcome before global Chinese investment re-enters the race, writes Mithun Varkey

In the past decade, Chinese businesses have focused on deriving growth from global investment. Starting with mega-infrastructure, mining and real estate projects, and then more high-tech and cultural investments of late, Chinese entrepreneurs have been among the most significant sources of foreign investment in both developing and developed economies.

The pandemic put the brakes on the Chinese investment spree worldwide, but the country has since become one of the first big economies to successfully push through the covid-19-induced malaise. With the worst of the pandemic hopefully behind us, there is renewed optimism as businesses seek to reopen investment pipelines, and to this end Chinese investment will be central in rebuilding the global economic model.

Anthony McKenzie, the Singapore managing partner for offshore firm Carey Olsen, says China’s outbound investment activity has been subdued since 2016, due to domestic constraints on outbound capital flows and a tighter scrutiny of Chinese investment abroad. “The covid-19 pandemic and lingering trade and geopolitical tensions have accentuated the fall in outbound activity and remain hurdles to Chinese firms’ global investment activities, particularly in the US, Europe and Australia,” says McKenzie.

“Despite this, and despite M&A continuing to have a domestic theme in China as a result of Beijing’s ‘Dual Circulation’ and industrial upgrade programmes and SOE [state-owned enterprise] reforms, we expect overall levels of outbound China investment via offshore jurisdictions in 2021/22 to increase slightly from 2020 levels, particularly in the Asia-Pacific.” (Dual circulation is a Chinese strategy that reorients its export-led economy by prioritising domestic consumption while staying open to international trade and investment.)

The outlook for Chinese investment in the immediate term is “in short, positive”, says Rita Pang, the Prague, Czech Republic-based head of China desk at Kinstellar Central and Eastern Europe (CEE).

“The Chinese Belt and Road Initiative [BRI] is still in motion, and every CEE country has signed up for it – BRI has been the main driver for Chinese interests in the infrastructure and energy sectors, with an increasing emphasis toward renewables,” she says. “There are some bumpy roads along the journey, especially given the current pandemic situation. Last year, we witnessed a slowdown of Chinese investments in CEE, however it bounced back from the middle of this year.”

“My outlook for Chinese businesses in Italy is very good,” says Angelo Bonissoni, a Milan, Italy-based partner at CBA. He says a large concentration of Chinese investment has been made in Italian companies, particularly in the energy and grid sectors. “The trend is therefore positive and should not be excessively affected by the covid-19 emergency,” says Bonissoni.

Konstantinos Adamantopoulos, a senior partner at KA Legal in Brussels, adds the outlook is positive for investment into the EU. “Chinese investment is generally welcome in Europe,” he says. “However, the EU and its member states have in the past two years or so raised concerns regarding the subsidisation of Chinese investment in Europe, as well as the need to maintain a level playing field in the EU market.”

Although the pandemic continues, Nils Krause, a partner and head of corporate and M&A for Germany at DLA Piper in Hamburg, says China’s economy has experienced a continued stable recovery in past months. “However, Chinese outbound investment has remained at a low level even as global M&A activity has recovered,” says Krause.

Chinese investors have been early investors in Portugal, too, says António Jaime Martins, founding partner at ATMJ Law in Lisbon. “Chinese companies took advantage of the start of privatisations in Portugal in 2011 to invest in sectors such as energy, banking, insurance, industry, agriculture and livestock, with the country serving as a gateway to Europe and Portuguese-speaking countries,” says Martins.

The real estate sector has also been an investment area for China, says Martins, with the Chinese being the leading nationality for Portugal’s “golden” visas. A golden visa is an EU residency permit programme for non-EU nationals, leading to citizenship or permanent residence in return for investment.

“In six years since the residence permit for investment activity (ARI) programme was launched, from October 2012 to November 2018, 3,981 golden visas have been issued to Chinese citizens,” he says.

Thiago Vallandro Flores, a partner at Dias Carneiro Advogados in the Brazilian capital of Sao Paulo, says China has long been a primary business partner of Brazil and a strategic foreign investor. “The high amounts of foreign direct investment (FDI) and the complementarity of Brazil’s and China’s economies puts China as one of the most relevant allies for Brazil’s development and economy in the following years,” he says.

“Brazil is well known for its natural resources, which makes it second to none when it comes to its capacity to produce and export certain commodities, and develop novel agribusiness initiatives, whereas China has undebatable experience in infrastructure projects.” 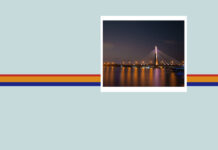 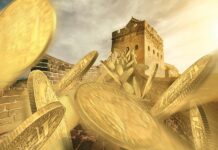