Q: What is drug patent linkage? A: Derived from the well-known Hatch-Waxman Act, drug patent linkage associates the drug approval process with drug patent protection. On the one hand, it encourages generic drug producers to challenge the monopoly enjoyed by patented brand name drugs by giving certain incentives to generic drug producers, including setting up explicit “Bolar exemptions” and providing 180 days of market exclusivity to the “first” generic applicant who succeeds in challenging a listed patent.

Brand name drug producers whose patents are infringed cannot resort to legal proceedings until the infringing drugs are marketed. Still, they have achieved very little in defending their rights and privileges, given the setbacks in the existing patent protection system in China, including the small amounts of infringement damages awarded, and difficulties in enforcement. In view of the huge investment usually required for the research and development of a drug, such a situation has seriously hurt enthusiasm of brand name drug producers in innovation and virtually restricted growth potential of generic drug producers at the outset.

Q: What changes will the innovation-friendly opinions bring about to the drug approval system? A: Given the diversification of stakeholders involved, there have been many arguments as to whether or not China should adopt an appropriate drug patent linkage following the footsteps of the United States. The introduction of the opinions, which is committed to encouraging innovations in drugs and medical devices, marks the end of these arguments from the top down. The drug patent linkage with Chinese characteristics captures the imagination of many, especially brand name drug producers and generic drug producers, who should find it means both opportunities and challenges. It remains to be seen what contents and features it will provide and how can it be introduced as soon as practicably possible.

On 12 May, the State Food and Drug Administration of China (SFDA) published the Announcement on Soliciting Opinions about the Policies for Encouraging Drug and Medical Device Innovations and Protecting Rights and Interests of Innovators (Exposure Draft) (Announcement No. 55 of the SFDA) that disclosed some of the SFDA’s considerations relating to the establishment of a drug patent linkage in China. A study on the exposure draft would reveal that it is based on substantially all crucial elements of the basic framework under the Hatch-Waxman Act, including the patent registration system, a stay of approval, the applicant’s responsibility to notify the patent holder and a provision that requires patent holders to resort to legal proceedings. Although many details have yet to be improved, the drug approval bodies’ intention to introduce the drug patent linkage is evidently shown. It is an exciting signal.

Q: As far as the Chinese drug patent linkage is concerned, what developments are we expecting from regulators? A: The establishment of a drug patent linkage in China calls for the collaboration between multiple bodies and systems. In addition to the efforts of drug approval bodies, interactions between patent administrations and judicial bodies is also crucial. One problem that needs to be addressed is the lack of patent term extensions under the existing patent system in China, not to mention the “Bolar exemptions” under current Chinese Patent law further squeeze brand name drug producers’ profit margin on market exclusivity. Under such a background, a system that encourages generic drug producers to challenge drug patents will undoubtedly hurt enthusiasm to develop brand name drugs. Therefore, as highlighted in the Opinions, introduction of the drug patent linkage must be accompanied by an appropriate system that allows patent term extensions. We have to wait patiently for regulators to come up with a clear picture of what the system of patent term extensions should look like and how it will be introduced.

Anyway, what we can be sure of for now is that China is ready to open a new chapter for drug patent protection.

Author: Wu Li is a senior consultant and Wang Rui is an associate at AnJie Law Firm 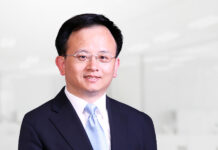