In May 1954, the central government made the decision to establish a foreign trade arbitration commission within the China Council for the Promotion of International Trade. Thus, arbitration, along with the internationally aligned principles that make arbitral awards final, binding and court enforceable, planted the first seed in the very young, five-year-old republic.

China has come a long way since then.

According to the Annual Report on International Commercial Arbitration in China (2021-2022) published by the China International Economic and Trade Arbitration Commission (CIETAC), in 2021, 270 arbitration institutions across the nation took on 415,889 cases, with a total disputed amount of RMB859.3 billion (USD118.6 billion).

As international arbitration finds bourgeoning vitality in the Asian market, it also faces criticisms of becoming lengthy and expensive, compelling institutions to optimise their practices.

What wisdom does China, a new member to the arbitration inner circle, bring to the game? And what role will Hong Kong and Shenzhen arbitration play as the Greater Bay Area pumps up into a dynamic hub for all things commercial?

For these questions and more, we sought the insights of six leading arbitration institutions in China’s legal market.

Going with the global flow: arbitration developments and practice

Development of the arbitration industry requires active participation of arbitration practitioners, as well as the combined efforts of the legislative, judicial and administrative branches. These two factors in turn influence and promote each other. From a practical perspective, a significant number of international commercial disputes have been submitted to Chinese arbitration institutions, with China as the main seat of arbitration, and the proportion of international cases has increased.

In recent years, Chinese arbitration has further dovetailed with good international practice. Institutional rules have gradually been elevated to legislative consideration, with the granting of discretionary jurisdiction and power to take interim measures to arbitral tribunals to address longstanding problems in China’s arbitration practice. Courts are also willing to adopt a pro-arbitration and less judicially intrusive approach.

The World Bank’s new “Business Enabling Environment” (formerly “Doing Business”) score has also increased its examination of arbitration indicators. All parties are working together to promote an arbitration-friendly business and legal environment in China.

Meanwhile, a number of Chinese arbitration institutions, including the Beijing Arbitration Commission, have been reforming their arbitration rules, training their arbitration teams and improving their service standards in a direction more in line with the market, and respecting the development of commercial arbitration. Among them, many international explorations and new solutions deserve attention.

Supporting rules, such as the Operational Guidelines on the Use of Hourly Rates for Arbitrator Compensation, have been published to encourage parties and arbitrators to use hourly rates for arbitrator compensation, and a wealth of practical experience has been accumulated. Among cases using hourly rates, up to half of the arbitration cost was saved for the parties.

Arbitral tribunal may hold hearings online. As an active response to practical concerns in the field of international arbitration during the pandemic, and to mitigate its impact on hearings, the Beijing Arbitration Commission formulated pilot guidelines on online hearings in 2020, and amended arbitration rules in 2022, empowering the arbitral tribunal to decide whether to hold hearings online, based on specific circumstances of the case.

The number of cases heard online has increased significantly year-on-year, allowing for the accumulation of valuable experience in online arbitration while maintaining its advantage of arbitration efficiency.

These explorations and innovations have, on one hand, reduced the cost of adapting to the rules for international business entities and, on the other hand, actively contributed Chinese wisdom to the international community. Chinese arbitration institutions are seizing the opportunity of the country’s foreign trade and economic development to find a reform path that can fully attract international entities and enhance their service capacity.

Marching towards the inner circle of international arbitration

The dispute resolution method of combining arbitration and mediation, initially proposed and practised by CIETAC, has been widely applied in disputes accepted by CIETAC that concern overseas parties, and also recognised and accepted by the international arbitration community.

In its arbitration rules, revised and implemented in 1994, CIETAC had provided a summary procedure, which contributed valuable rules and practical experiences to the more recent expedited arbitration rules formulated by the UN Commission on International Trade Law (UNCITRAL). Furthermore, the practice of many arbitration institutions in China, including CIETAC, to designate a secretary to assist the arbitral tribunal in pushing forward arbitration proceedings, has been accepted and replicated internationally.

Growing credibility and influence of institutions. As of 1 January 2022, China had a total of 270 arbitration institutions. In the past decade, the total disputed amount in monetary terms of cases handled by CIETAC reached RMB712.4 billion (USD98.3 billion), including RMB251.5 billion in international and foreign-related cases, involving parties from 152 countries and regions.

Its arbitral awards have been widely recognised and enforced across the globe, with its credibility broadly acknowledged. In May 2021, the International Arbitration Survey, conducted by Queen Mary University of London, listed CIETAC as one of the five “most preferred arbitral institutions”.

As a new destination for international arbitration, China enjoys much attention and welcome. According to statistics in the above-mentioned survey, Hong Kong, Beijing and Shanghai were among the 10 most preferred seats of arbitration, ranked as third, sixth and eighth, respectively. In May 2022, CIETAC was officially included in the “List of ODR (online dispute resolution) Providers” by the Asia-Pacific Economic Co-operation (APEC). Only three dispute resolution institutions, all of which are in mainland China or Hong Kong, have been included in this list, reflecting the recognition and trust of the industry in the dispute resolution services of Chinese institutions. 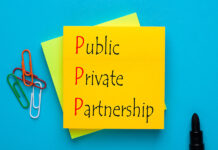 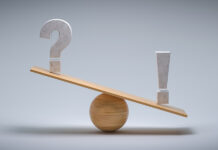