Based on the relevant issues discovered in the course of reviews, and with an eye to guiding listed companies’ operational practice in acquisitions and restructurings, the China Securities Regulatory Commission (CSRC) and the Shanghai and Shenzhen stock exchanges have, through the issuance of a series of relevant answers to questions, feedback opinions and inquiries in the course of reviews, strengthened the requirements in respect of information disclosures of target companies’ VIE control structures.

Article 16 of document No. 26 specifies that, “if the subject matter of a transaction is complete operating assets (including equity or other operating assets that constitute independently computable accounting entities) … the title to or the control relationship of such assets shall be disclosed, including their major shareholders or equity holders and their equity percentages, the major provisions of the company’s articles of association, or relevant investment agreements, or arrangements with senior executives that could have an impact on the contemplated transaction and whether there exists agreements or other arrangements that affect the independence of the assets (i.e., the assignment of operating and management rights, beneficial rights, etc.).”

The CSRC answers state that, “if a listed company is to carry out a material asset restructuring and in the past a VIE agreement control structure was removed from the assets that it proposes to purchase, it is required to carry out disclosures of the following matters: (1) the processes of erecting and dismantling the VIE agreement control structure, details of the performance of the VIE agreement and the structural charts of the control relationships before and after the dismantling …”

The CSRC’s review practice also reflects the requirements of the above-mentioned rules. With a view to thoroughly understanding the control relationships in a VIE structure, the CSRC will require the disclosure of detailed information on the offshore equity structure before the dismantling of the VIE structure. The following are a few examples:

In its feedback opinion in May 2017, the CSRC states, “we would ask your independent financial adviser and lawyers to further disclose the process of checking the prior existence of nominee shareholding and the reversal of the nominee holding relationship of Shanghai Dianpos, and to issue a definitive opinion as to whether the equity of Shanghai Dianpos and Shanghai Jifu is free and clear, and whether there are any existing disputes”.

Thinker Automatic. In its feedback opinion in September 2018, the CSRC states, “your application documents show: (1) that a VIE agreement control structure was created over the target assets in preparation for an overseas listing, which was subsequently removed in September 2014 …

“We would ask you to: (1) disclose additional relevant information with reference to our Answers to Questions on the Requirements in Respect of the Disclosure of Information on the Past Dismantling of VIE Agreement Control Structures on Target Assets in Material Asset Restructurings; (2) additionally disclose the reason for termination of the offshore listing of Lanxin Technology, and whether a substantive legal obstacle exists; and (3) additionally disclose the reason for the creation of the above-mentioned LSL nominee equity holding, whether such nominee holding situation genuinely exists, whether the beneficial owner genuinely made its capital contribution, and whether a situation where the beneficial owner could not directly hold the equity due to its status being unlawful exists.”

The authors argue that, pursuant to such regulations as the measures, document No. 26 and the CSRC answers, and the CSRC’s review feedback, the key points of the disclosure of a VIE control structure of a company that is the subject of a restructuring are as follows:

(1) If the target equity involves a VIE structure, the listed company material asset restructuring transaction may be carried out only after the VIE structure has been thoroughly removed;

(2) As a VIE structure involves multiple levels of equity holding and non-public control agreements, the CSRC additionally requires the disclosure of the equity structures and details of the title before and after the dismantling of the VIE structure, including the offshore equity structure and the final title situation, as well as the corresponding successive changes and changes in the equity, and the carrying out of a “penetrative” check and disclosure to the ultimate equity holding “natural person, state-owned asset management authority or other entity with which the shareholders have reached a certain agreement or arrangement” must be carried out; and

(3) Based on the checking and detailed disclosure of the two above-mentioned points, whether the VIE structure has been thoroughly dismantled, whether title to the target company equity after the dismantling of the VIE structure is free and clear, whether there are any existing legal actions or other such legal risks, etc., are not only key items of concern in the CSRC’s reviews of such restructuring projects, but are also a substantive legal focus of such target company equity issues. 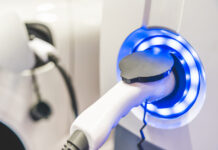 NIO plugs into HKEX without fundraising