He led the Southeast Asian arbitration practice at Bryan Cave Leighton Paisner’s Singapore office for two years, and was previously a dispute resolution partner at Herbert Smith Freehills in Tokyo, Bangkok and Singapore.

Margetson is a fellow of the Chartered Institute of Arbitrators, a member of the ICC Singapore Arbitration Group and a former chairman of the ICC Thailand Arbitration Commission.

UK firm Mishcon recently opened its Asian office in May of this year, and has expanded to a team of eight, with three partners. Margetson is the third partner to join after the firm hired Tahirah Ara and Simon Michaels, a two-partner team from Withers KhattarWong.

The firm focuses on delivering legal services to high net worth families across Southeast Asia, including work on international tax and succession planning, and advising clients and their businesses on private capital investments, restructuring and debt financing transactions, and dispute resolution. 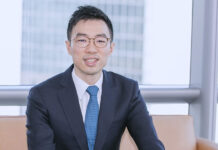 By Sameer Sattar, Sattar&Co
India is the world’s sixth-largest economy and expected to continue growing in the next decade
Foreign direct investment (FDI) is a key driver of economic development of an emerging country like Bangladesh