Where a debtor company fails to repay its debt, the presence of an arbitration clause in the underlying agreement may give rise to a dilemma for the creditor: whether to arbitrate, or present a petition for winding-up against the debtor.

Strictly speaking, winding-up is not a means for recovery of debt. It is a collective remedy of all creditors of the debtor company, not only the petitioner. However, in order to avoid being wound up, the debtor may pay off the petitioner. In such a case, presenting a petition for winding-up can sometimes be a very effective way for debt recovery. Progress of winding-up proceedings is generally much quicker than arbitration when the debtor has no good defence to the claim.

As a matter of discretion from the courts, there is a broad general principle that a winding-up order will not be made on a debt that is subject to a dispute, provided that the dispute is based on some substantial ground in good faith. The reason behind this general rule is simple – the winding-up petitioner is not a creditor if it turns out that a company is justified in refusing to pay. It is improper for a petitioner to compel a solvent company to pay a disputed debt through winding-up proceedings because such debt might probably be discharged by the company after its liability is clearly established in the dispute resolution process. Therefore, the disputed debt should be settled through ordinary legal proceedings or arbitration.

Impact of a valid arbitration agreement

In Salford Estates (No.2) Ltd v Alomart Ltd [2015], the English Court of Appeal clarified that the Arbitration Act 1996 in England did not apply to a winding-up petition that was based on a company’s inability to pay its debt. This is because it seems highly improbable that the legislative policy intended to confer on a debtor company the right to a non-discretionary order, which supersedes the discretionary power of the court to wind up companies in the public interest where they are unable to pay their debts.

This is, however, not the end of the story. The English Court of Appeal went on to suggest that where there was a dispute to the debts, in practice, and save for exceptional circumstances, it was right for the court to either dismiss or stay a winding-up petition so as to compel the parties to resolve their dispute by their chosen method of dispute resolution, rather than requiring the court to investigate whether or not the debt was bona fide disputed on substantial grounds.

In the recent Hong Kong case of Lasmos Limited v Southwest Pacific Bauxite (HK) Limited [2018], the above position given by the English Court of Appeal was analysed, and it was held that a winding-up petition should generally be dismissed if: (1) a company disputed the debt relied on by the petitioner; (2) the contract under which the debt was alleged to arise contained an arbitration clause that covered any dispute relating to the debt; and (3) the company had taken the steps required under the arbitration clause to commence the contractually mandated dispute resolution process.

From the Lasmos case, it seems that when there is a valid arbitration agreement, as long as the debtor company can raise a prima facie dispute, the winding-up petition will generally be dismissed or stayed by courts in England and Hong Kong. Yet, this result is not satisfactory to the petitioning creditor, as the debtor company can effectively challenge a winding-up petition by simply not admitting the debt without providing any substantial and genuine grounds for dispute.

It is trite that unless both liability and quantum have been admitted by the debtor, it is entitled to refer the dispute on the debt to arbitration. The debtor company may then delay the legal consequence of not paying off its debt through the arbitration proceedings.

From the decided cases, the BVI and Cayman Island courts have taken a different approach, that a prima facie dispute between the parties and a valid agreement to arbitrate will not automatically render a stay of winding-up petitions. The debtor company is still required to satisfy to the courts that the debt is disputed on genuine and substantial grounds.

In a recent case of But Ka Chon v Interactive Brokers LLC [2019], Hong Kong’s Court of Appeal revisited the Lasmos case and expressed reservations on its approach. In obiter, the Court of Appeal stated that the jurisdiction of the court to order a stay is founded on the discretion of the court, and doubted whether non-admission of debt is sufficient for a debtor company to seek for a stay of winding-up proceedings. The Court of Appeal’s observation was followed by the Hong Kong Court of First Instance in Re Golden Oasis Health Ltd [2019].

When there is an arbitration agreement between the parties and the creditor knows that the debtor company disputes its liability to repay the debt, until the Hong Kong courts have definitively clarified the law in this regard, the creditor by presenting a winding-up petition will run the risk of its petition being dismissed with adverse costs consequences. 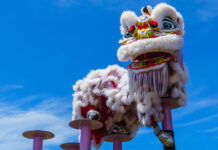 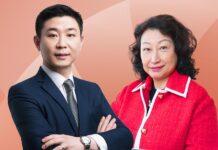 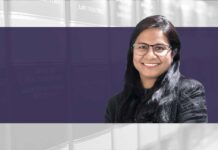 The most exciting China-related legal transactions and disputes of 2022

How to break ‘safe harbour principle’ to protect creators’ rights