English
Our publications
Home Cover story Alcohol, ambition and life at the bar

“My family knew I always wanted to be a lawyer, so they were happy when I got into law school. My mum’s friend called to congratulate us, but quickly asked my mum, ‘How will you get her married?’

Back in my day, we had to go through the old Korean Bar, which was extremely difficult. The pass rate was 3%, so only 300 people passed each year. The situation has changed now, with 1,700-2,000 lawyers qualifying annually.

After passing, we had to enrol in the Judicial Research & Training Institute (JRTI), run by the Korean Supreme Court, for two years. Once you get to that stage, you can’t fail. You are guaranteed to become a judge, prosecutor or lawyer.

At JRTI, there were 19 women out of 300. Everyone was good to us, no one tried to discriminate. We were considered colleagues and part of the alumni that would stay together.

I became a judge at 25 and served for seven years before joining private practice. One justice said that women judges should not take criminal cases because they don’t understand what happens when people get drunk, and so their penalties would be too harsh. It was a joke, but that kind of remark was allowed at the time. If the same justice made these jokes now, they would face a lot of trouble.

Nevertheless, while I sat at the bench, no one dared say anything against me based on gender, so I felt the bench defended me in some way.

Day one of my career in private practice was when I realised gender discrimination exists. I had to conduct a witness exam on a 60-year-old man, and when he walked in, he said, ‘Oh my god, she’s a woman. What will she know about the case?’ He was not a professional, sophisticated businessman, so I think he couldn’t help blurting it out. It was a dispute relating to an apartment complex and he was the head of the company managing the apartment. I spoke to him for an hour and convinced him that I knew the case better than the previous lawyer.

The culture of wining and dining with clients is very strong here in Korea. At that time there were no precedents for us to follow, so we thought, to be as successful as men, we had to drink as hard as them! For five years I drank just like any other male lawyer so my colleagues wouldn’t discriminate against me, and to avoid clients saying, ‘She can’t even drink!’

At some point, I thought if I kept drinking I wouldn’t be able to look after my home or do my work properly. I told my clients that I’d stop drinking for eight years until my younger son went to college. They found it amusing, but it was a time when people were used to the idea of mums being hands on in order for kids to go to a good college. So I stopped drinking socially, and devoted free weekends to my children. That’s when I developed a successful international arbitration practice.

I realised I needed courage. Telling everyone I was going to quit drinking was actually a reminder that I couldn’t go back. I think I was telling myself, ‘Don’t be afraid. You won’t lose your career’.” 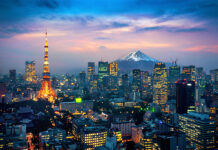 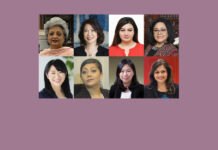 How do legal professionals deal with novel issues in the metaverse?
The interim chair of the Philippine Competition Commission shares key priorities
Step-by-step artificial intelligence strategies for business transformation