Non-human entities such as limited liability companies and their separate distinct identity are recognised by individuals and the legal system. Their identity is a creature of the phenomenon of “legal fiction”, which has been invoked in India to confer rights such as the preservation of rivers. Artificial intelligence (AI) reignites a similar debate on legal personhood. Advocates of IP and economic growth have consistently propagated the cause of recognising AI inventions in law. However, this is different from the issue that debates granting legal recognition to AI as an independent entity.

Until a few years ago, the general view was that the debate itself was premature because AI, although remarkable, was not developed enough to be equated with human beings. This conviction clearly didn’t age well, because the past few years have seen AI create never heard before sounds (Google’s Nsynth), create mind-blowing art (the Next Rembrandt), pioneer drug discovery (Atomwise), and also perform better than humans (Google’s AutoML).

The need of the hour is not just the recognition of AI inventions. It calls for a debate on whether AI itself needs to be recognised independently of its creator, and the paradigm shift required to separate rights and liabilities of AI from those of its creator.

The US recognises only works of human creation in copyright. The same sentiment has been expressed in patent decisions in the UK court and European Patent Organisation that rejected claims of inventorship to the AI ”DABUS”, that can generate ideas without human intervention, on the ground that an inventor must be a human being.

In sharp contrast, the same AI has been conferred with inventorship in South Africa and Australia. The Australian decision is well reasoned and strikes a critical distinction between inventorship and ownership. It granted inventorship to the AI but held that it could not be a patent holder.

Recently, the Indian Copyright Office granted registration on joint authorship basis to art created by the painting AI “RAGHAV”, which used a photograph by its human co-inventor and Van Gogh’s “starry night” as a base to create a new painting. This leads to the belief that India is ready to take giant strides in recognising and regulating AI as independent entities. However, government policies paint a different picture.

For instance, a 153-page parliamentary report that recognises the crucial importance of AI in economic growth only suggests making amendments in the patents and copyright laws to recognise AI inventions. A 2018 national strategy on AI barely touches on the need to make substantive changes. While such initiatives are welcome, minor tweaks to national IP legislation, limited to the debate on recognising AI as “inventors” and nothing beyond, answer fewer questions than they pose.

As long as humans are owners, existing IP regimes will suffice. However, the call for conferring sole ownership of IP to AI without addressing the question of an AI’s personhood opens up a can of worms. Take the following questions, for instance:

(1) If the AI infringes one’s copyright, can one sue it when it has no existence in law? Can one claim damages from it?

(2) If one wants a license to the AI’s invention, can one approach the AI? If the AI is merely an algorithm that is intelligent enough to create something independently, not competent for negotiations, such ownership makes other provisions of the law redundant.

Criminal remedies present a greater conundrum. If the AI’s actions result in bodily harm to an individual, can it be imprisoned? Even if one comes up with technology to suspend the AI (the nearest equivalent to imprisonment), will it have any reformative effect or rehabilitation, which form the essence of criminal remedies? Punishment and reprimand are even applicable to animals, but cannot apply to AI.

The European Parliament’s Committee on Legal Affairs has already invited exploration of legal status as electronic persons on robots, so that they may be responsible for making good any damage they cause. If the world shall go down this route, we must first create a complete legal code that recognises AI’s identity and ensures that an AI enjoys the same perks and suffers the same consequences in law as humans do. Legislative reform will require AI to earn riches, which can also be taken away as damages.

On the other hand, it may be sufficient to closely monitor AI’s advance and restrict the debate only to granting inventorship or authorship to AI, and holding the creator of the AI responsible for any rewards and liabilities.

The fundamental issue to be debated in times to come is the correctness, practicality, and sustainability of AI’s legal status to facilitate innovation and equate its rights and liabilities with respect to others. 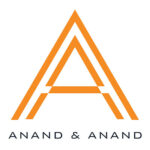 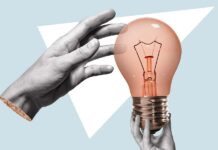