One hundred issues in, we have interviewed literally hundreds of the top lawyers and in-house counsel within China and elsewhere, spoken to learned members of the judiciary, secretaries and ministers of government, and the best of academia. We have felt the pulse of the legal consciousness in China on issues concerning its quickening evolution, gleaning views across the spectrum, from the very cream of Chinese lawyers to the humblest young associate. 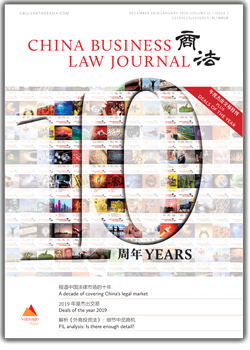 And with all this history, everything began with you. Prior to the very first issue, the ethos for our journal began with listening to what our desired readership wanted to see in our new publication. “Practical, bilingual and for in-house counsel” were key words from our potential readers when we conducted research to decide upon the editorial principles for this magazine.

Those words have set the tone for our journal since. Through all the events and matters needing legal insights, the question at editorial meetings remains: “What information will be valuable and useful to in-house counsel and corporate executives?”

In the past 10 years, we have been growing together with China’s economy and the country’s legal services market. Our inaugural issue was published in January 2010, at a time when the world was still under the horrible shadow of the huge 2008 global financial crisis (GFC).

Our cover feature of the first issue found that although China kept growing at a relatively high rate, some lawyers were not sure whether that meant the crisis was over – or that it had not hit China yet. Given the downturn, many companies had tightened their budgets for legal expenses, and subsequently taken more work back to their in-house legal departments.

It turned out that China did not undergo a serious economic recession because of the 2008 financial crisis. In fact, the country’s GDP growth curve continued its rise. In 2010, China surpassed Japan in terms of total GDP, securing its position as the second-biggest economy in the world.

As the financial crises in the West slashed the prices of many quality overseas assets, Chinese investors – both state-owned and private – became active in overseas investment. The Belt and Road Initiative (BRI) expanded Chinese investment in developing countries as well. In line with this trend, Chinese law firms have also grown and expanded quickly on the global stage, along with the emergence of some “mega” Chinese law firms worldwide.

Interestingly, 10 years on the world again stands at the precipice of what may be another serious economic downturn. China’s situation is also plagued by a trade conflict with the US. Will the nation be able to maintain economic success? That is a question for the next decade.

Throughout these years, we have closely monitored capital markets, M&A, intellectual property (IP), arbitration, compliance, overseas investment, etc., and by this continual coverage we have tracked the crucial trends of China’s legal and regulatory developments. Overall, it is fair to say the incredible speed of improvements within the legal sector, and with regulatory evolution, has dominated the big picture of business law in China. 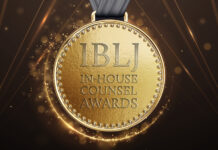