Our publications
Home Leader Wisdom for a new year

Look very carefully before you leap

As the recent furore about WhatsApp’s plans to update its privacy policy suggests, the devil can lie in the detail. Many among WhatsApp’s whopping 1.5 billion users have voted with their feet and moved to other messaging apps prompted by what they see as the company’s abandonment of its users’ right to privacy. Yet commentators note that the proposed change – to share user information with a wider network – is in line with the company’s existing policy, and would have been apparent to anyone who had read it closely. Clearly not many read the fine print on something as commonplace as a messaging service. 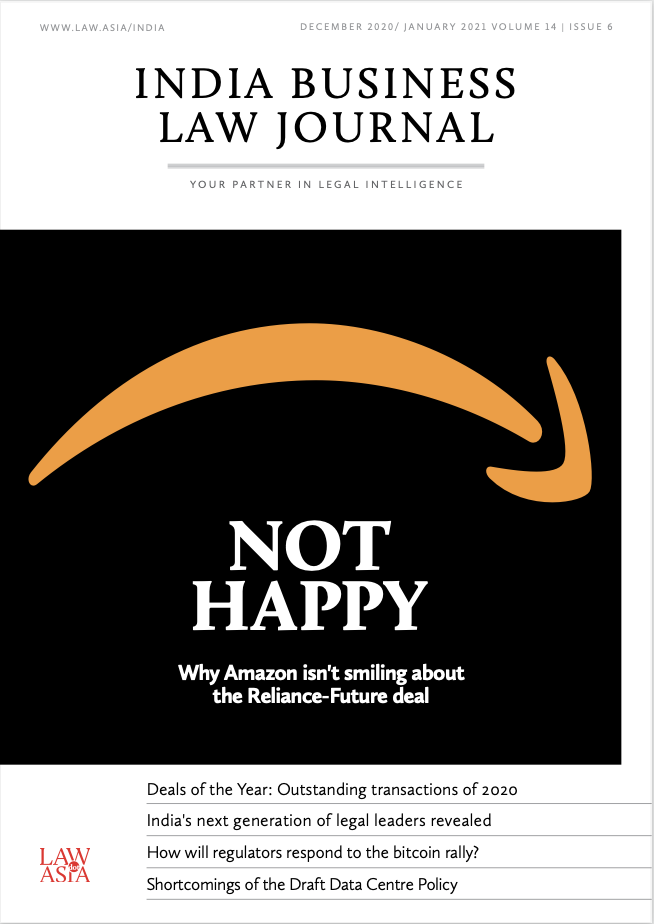 Yet reading the fine print on a contract or any kind of agreement should be a different matter. After all, the consequences of overlooking finer details in such a document has financial and legal implications, among others. But here, too, evidence suggests that investors and companies can rush into deals without a thorough examination of the pros and cons. In such cases deals fail to close, or close and don’t provide the expected results, or, in the worst-case scenario, trigger lengthy and costly disputes.

This issue’s Cover story provides an analysis of where matters stand with Reliance Industries’ US$3.4 billion acquisition of Future Retail in August 2020, which is being challenged by Amazon. Since this deal was announced, it has seen one legal battle after another. While the emergency arbitral award obtained by Amazon from the Singapore International Arbitration Centre has put the brakes on its closure, the word on the street is that Amazon may not be able to actually block the deal.

The credibility of India’s legal system is once again taking a knock. For should Future Group renege on the 2019 con- tract it signed with Amazon – which allegedly would have not allowed it to do a deal with Reliance Industries – it may suggest that business agreements in India, and with Indian companies, are not sacrosanct. This is certainly what Ama- zon is making out. But would this also imply an inadequate consideration of the pros and cons of the fine print? Did the deal makers and advisers doing the 2019 deal, and also the 2020 deal, fail to look before they took the leap? Interesting questions that will no doubt be looked at in the fullness of time.

In Crypto crossroads, we turn the spotlight onto bitcoin and its regulatory journey, which has included ups and downs. Among the more significant challenges faced were the Reserve Bank of India imposed restrictions in April 2018. Reversing them in 2020, the Supreme Court highlighted an important aspect – that the central bank has so far not found, in the past five years or more, the activities of virtual currency exchanges to have adversely impacted the way entities regulated by the bank function. It’s a fact that the government will need to take into account while deciding the future of cryptocurrencies.

The Supreme Court’s cryptocurrency order reversing the Reserve Bank of India ban, is one of 50 deals and disputes showcased as India Business Law Journal’s Deals of the Year 2020. Our coverage focuses both on the significance of these remark- able deals and the law firms that worked tirelessly to bring them to fruition. The past year has been unlike any other, and that any deals happened at all speaks volumes about the tenacity, and perhaps even courage, of the deal makers and their advisers.

Choosing the deals has been interesting. As such, while many deals – including the US$20 billion that Jio Platforms reeled in over 14 transactions – made headlines, there are also more low-key deals on the list. In addition, while India’s largest and better-known firms continue to dominate the deals in our report, several of the law firms that find a place alongside them are less well known. This is in keeping with a trend that has been apparent in the Indian legal market for some years – the emergence of a mid-rung that is growing in strength and confidence.

In this issue’s Vantage point, PM Devaiah, vice chairman and group general counsel at Everstone Capital, argues for a more facilitative and progressive data centre policy, a draft of which was recently announced by the Ministry of Electronics and Information Technology. Devaiah says the policy “holds early promise to bring about the right directions in an emerging market for data centres”. Yet it could have been “even more facilitative in terms of expedited resources such as infrastructure, single-window clearance … and economic incentives”.

Also, in this issue, India Business Law Journal reveals 50 up-and-coming lawyers who are making a name for themselves. We honour future leaders such as: Mohit Gogia at S&R Associates, who is commended for his excellence at corporate work; Nitin Jain at Agama Law Associates, who is described as “a guiding force … in resolving complex cases”; Goda Raghavan, at AK Law Chambers, who one client says is “highly dedicated and supportive of clients”; and Aditya Jha, at Trilegal in Mumbai, who is described as “one of the sharpest young lawyers”.

It is accolades such as these that point to the icons of tomorrow and we applaud their success.