Simundac joined Villaraza & Angangco as an associate in 2010 – when the firm was called Villaraza Cruz Marcelo & Angangco – and gained partnership in 2016. She has expertise in M&A, power and energy, construction and real estate, infrastructure, transportation and public utilities, and corporate and project finance. Simundac has also counselled on regulatory compliance in the areas of financial technology, data privacy and anti-financial crimes. 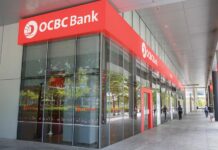