Laws against the sexual harassment of women in the workplace were passed over four years ago, but in a country that has witnessed some shocking recent cases involving the mistreatment of women, has anything changed? Vandana Chatlani speaks to corporate counsel about efforts to make the workplace, at least, a safer place

It took India’s parliament 15 years to enact the Sexual Harassment of Women at Workplace (Prevention, Prohibition and Redressal) Act, 2013, following a landmark ruling from the Supreme Court of India.

In Vishaka and others v State of Rajasthan (1997), the Supreme Court stated that existing civil and penal laws in India did not adequately protect women from sexual harassment in the workplace, and that employers needed to prevent and deter such acts. The court called for the setting up of internal complaints committees (ICCs) to redress grievances relating to workplace sexual harassment.

Shruti Sodhi, the founder of Word & Law, which provides general counsel services to a number of companies, says the Supreme Court judgment brought about a perceivable difference in the awareness of sexual harassment. “It’s not that companies and organizations weren’t aware, but the degree of the awareness increased,” she says. “Companies were really focused on their reputation. Everybody was talking about it, everyone wanted to have the necessary committees with the right composition, the right kind of people, etc. That was a marked shift from how these committees existed, or were functioning, earlier.”

Badrinath Durvasula, senior vice president at Adani Group, says companies such as Adani, Hindustan Unilever, ITC and Larsen & Toubro, his previous employer, have worked hard to spread the message of appropriate workplace conduct and to strengthen their internal complaints machinery. “These groups have been very active in propagating the anti-harassment message and it has definitely percolated down,” he says.

The law stipulates that companies with a minimum of 10 employees must have an ICC at each office or branch. Each company must appoint a senior female employee as the presiding officer of its ICC and no fewer than two other employees with experience in social and legal work. Each ICC must also appoint one external member who has knowledge of issues relating to sexual harassment, which may be someone from a non-governmental organization (NGO) or an association committed to the cause of women.

The government, in addition, had to set up local complaints committees (LCCs) at the district level to investigate sexual harassment complaints by employees of companies with fewer than 10 employees, or complaints against an employer.

Some companies took steps to adhere to the law both in letter and spirit, but many have found the specific requirements of constituting an ICC oppressive and impractical. Critics argue, for instance, that recruiting someone from an NGO with the right qualifications is tough and that the requirement for multiple ICCs across offices is unworkable.

“If you have to have an ICC in every organization and office, you must have dedicated people to operate them, which would mean the consumption of bandwidth and responsibilities, aside from what they were hired to do,” says Amitabh Lal Das, a director and head of legal compliance and regulatory at Max Life Insurance. “That’s one issue we were dealing with. We decided there was nothing under the act that specifically mandated the need for an ICC physically in each location. Instead, we ensured each office had access to a regional ICC, so no office felt isolated if they needed help.” 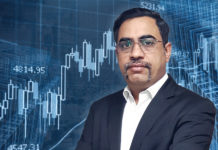 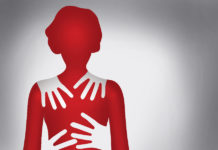 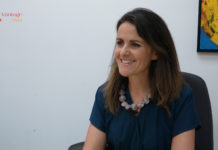