With the issuance of the Decision of the Standing Committee of the National People’s Congress on Establishing Intellectual Property Courts in Beijing, Shanghai, and Guangzhou, and the implementation of the Provisions of the Supreme People’s Court on the Jurisdictions of Beijing, Shanghai, Guangzhou Intellectual Property Courts, the IP courts were established in succession at Beijing, Guangzhou and Shanghai. Lawsuits filed in mainland China by foreign enterprises for IP protection, and certain IP cases filed by domestic enterprises against foreign counterparts, will be subject to the uniform jurisdiction of relevant IP courts.

According to the decision and the provisions, the scope of jurisdiction of IP courts is as follows:

Zhou Fusheng is a lawyer at Martin Hu & Partners 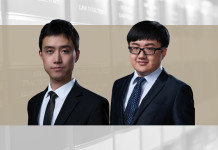