In a case reported on 1 August 2013, the Shanghai Jing’an District People’s Court dismissed an employee’s claim for compensation for unlawful termination after he was terminated for refusing to work in another location, despite being instructed to do so. 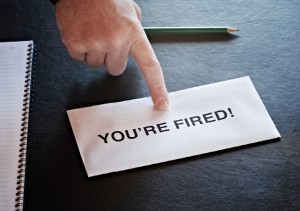 In January 2012, the employee, a gym instructor, was informed that he would be reassigned from the company’s Lujiazui facility to its Daning facility – both are located in Shanghai municipality, approximately 12km apart) as of 1 February 2012, with his position and salary unchanged.

However, the employee didn’t follow these instructions and continued working in Lujiazui. The employer then issued a warning letter to him about his absenteeism and required him to report to Daning branch on 6 February 2012. On 10 February, the employer terminated him for being absent from work for more than two days, which was considered a serious violation of company rules based on the company’s policies. According to the report, the employee’s employment contract specified the work location to be Shanghai and expressly states that the employer has the right to assign the employee to other branches in Shanghai on the basis of work demands.