The Indian telecom network is the eighth largest in the world and the second largest among emerging economies. The sector has undergone a crucial metamorphosis with significant policy reforms.

Telecommunications is driving growth at a feverish pace. In 2007, India achieved the distinction of having the world’s lowest call rates, the fastest growth in the number of subscribers, the fastest sale of a million mobile phones, and the world’s most affordable handsets.

A recent study by telecom regulator Telecom Regulatory Authority of India (TRAI) has estimated that the country will need about 350,000 telecom towers by 2010, as against 125,000 in 2007.

The growth statistics of this sector combined with the government’s decision to increase the foreign direct investment (FDI) cap in the sector, has generated huge attention and interest among global investors.

For internet service providers (ISPs) with gateways, radio-paging and end-to-end bandwidth, the Government of India permits FDI of up to 74%; however for FDI beyond 49% Foreign Investment Promotion Board approval is required.

The Government of India (GOI) permits FDI of up to 100% for ISPs not providing gateways (both for satellite and submarine cables); infrastructure providers providing dark fibre; electronic mail and voicemail subject to the condition that such companies would divest 26% of their equity in favor of the Indian public in five years, if they are publicly listed in other parts of the world.

Now the government is focusing on two major issues: the allocation of spectrum to the service providers and encouraging telecom equipment manufacturing companies to set up their units in India.

The government is keen on new players for spectrum services and is in the process of formulating a policy for spectrum allocation in particularly 3G spectrums.

Department of Telecommunication (DOT) has suggested auctioning of 3G spectrum wherein both existing as well as new domestic/global players can participate.

However, the Telecom Regulatory Authority of India (TRAI) and existing operators are opposing the said recommendations of the DOT. Allocation of spectrum to new players will provide a further impetus to the growth of the mobile phone industry in India.

The telecom sector continues to expand at a rapid pace adding coverage and increasing teledensity as more people get connected.

However, as subscriber bases continues to swell and the need for wireless data transfers through mobiles grow, the operators are likely to face an increased shortage in spectrum availability.

Another major focus is to make India a regional telecom manufacturing hub. The government has taken several initiatives to encourage telecom equipment manufacturing companies to set up their manufacturing units in India.

Also, no license is required for import of capital goods for manufacturing telecom equipment.

Exporters enjoy 100% tax holiday for the first five years and 30 percent for next 5 years out of the initial 15 years since commencement of the business, provided that such benefit is availed of in a consecutive period of 10 years.

Infrastructure telecom equipment is exempted from customs duty. Further, telecom services sectors are allowed the benefit of carrying forward the losses when merged.

The policy regime for making spectrum available should be fair, transparent, equitable and forward-looking. It should neither create entry barriers to newcomers nor hamper the continued growth of the sector.

However, the revenue potential for the government must not be overlooked, since governments across the globe harness substantial revenues in creating good telecom infrastructure, particularly in the rural sector. 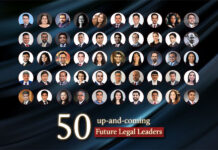