South Africa’s long-awaited “headquarter company” tax regime, which aims to establish the country as a gateway for investment into Africa, came into effect in 2010.

However, although the new regulations have provided qualifying companies with various tax benefits, the approach of the South African Revenue Service (SARS) to determining a company’s “place of effective management” means that that many of the qualifying companies’ subsidiaries will be South African tax residents, exposing them to tax in South Africa on the totality of their income, and the prospect of claiming a rebate for taxes paid in foreign jurisdictions where they operate effectively negates the tax benefits offered by the new regime.

To address this, SARS recently released a discussion paper providing an analysis of potential revisions to the way a company’s place of effective management is determined. 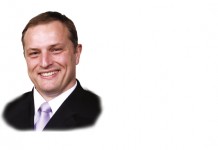