A surge of liquidity in Indian markets is giving a new lease of life to budding entrepreneurs and an opportunity for investors to invest in new markets.

In order to allow investors to retain maximum profits, it is increasingly common to route investments through tax-haven jurisdictions that levy none or nominal tax on investments and allow easy repatriation of funds to the investors home country.

Tax effectiveness largely depends on the tax avoidance agreements between India and the tax-haven country and, at the second level, between the tax haven and the investor’s home country.

The common structure involves formation of a company/fund in a tax-haven with which India has a favourable tax treaty and the subsequent downstream investment by such company/fund into equities of Indian companies.

In order to avoid income being taxed in multiple jurisdictions, India has executed double-taxation avoidance agreements (DTAA) with several countries.

Historically, Mauritius has been the favourite destination but now Singapore is likely to emerge as the new tax haven. Presently, no such agreement subsists with Cayman Islands.

This article highlights the benefits of routing investments in India by private equity investors through tax havens.

An investor can unlock returns on equity by (a) dividends declared by the Indian companies; or (b) sale of stock for profit in the equity market.

In contrast, under the Income Tax Act, 1961, sale of shares attracts long or short-term capital gains (transfer made within 12 months of purchase) even when the seller is not a tax-resident.

Clearly, there is a benefit to route investments via Mauritius.

Of course, the Mauritius entity must fulfil certain local criteria to qualify for the Mauritius tax residency certificate for the purpose of the treaty.

Indian jurisprudence considers this residency certificate as sufficient evidence for the domestic tax authorities in order to accept the status of residence as well as beneficial ownership.

Although investments routed through Mauritius became controversial a few years ago, the benefits of the DTAA are generally available when a Mauritius entity is formed primarily for investment into India. Of course, it is important to consider the legal and operating requirements of the Mauritius structure. If the Mauritius resident is deemed to have a PE in India, then profits earned by the PE is taxable as business income and not as capital gains.

The India-Singapore DTAA provides similar benefits to the India-Mauritius DTAA. But favourable capital gains treatment is subject to the limitation of benefit clause.

The clause stipulates that a shell company with negligible or nil business operations and no real and continuous business activities in Singapore will not be eligible for DTAA concessions. Tax benefits can be claimed by Singapore companies if they are listed on a recognized stock exchange, or if the total annual expenditure on operations is more than S$200,000 (about US$130,000) in the 24 months before the date the gains arise.

In the absence of any DTAA between India and Cayman Islands, income generated from alienation of equity of an Indian company by a resident of Cayman Island is taxed at the rates prescribed under the Income Tax Act.

In light of the above, it becomes evident that investments from tax havens should be channelled after analyzing the tax avoidance agreements between the countries where the investment originates and where it flows.

Priti Suri is the proprietor of PSA 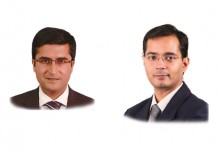 Why the automation of compliance processes is the need of the hour
Does the de minimis exemption help or hinder the CCI?
NSE scandal reveals unfortunate consequences of turning a blind eye and deaf ear to corruption