The Supreme People’s Court (SPC) on 12 September 2016 issued Several Opinions on Further Promoting the Separation of Complicated Cases from Simple Ones and Optimizing the Allocation of Judicial Resources, which aim to streamline and promote efficiency in the service of process in Chinese civil litigation proceedings.

The effect of the opinions is that when parties agree upon an address for notices to be sent, and provide for this in an agreement, that address would be identified by Chinese courts as a valid address for service in civil proceedings. This means that claimants will now find Chinese court proceedings less onerous. Service upon the agreed address will be deemed effective if the Chinese court sends the judicial documents to the valid address, irrespective of whether the delivery is successful. 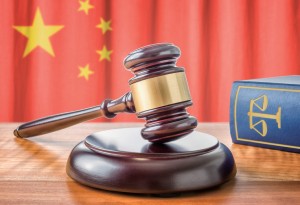 The simplified process also confirms that even if the mail does not reach the intended recipient for whatever reason, the Chinese court will still consider the service as completed and can proceed to hear the case in the absence of the recipient. This can include circumstances where the recipient refuses to accept the mail or the recipient is no longer at that address. As a result, a respondent to court proceedings, especially a foreign party, faces increased risk of becoming exposed to a default judgment.

Prior to the release of the opinions, the requirements for an effective service of process were quite rigid. In summary, these requirements were as follows:

The opinions, however, save the court from spending time and effort in locating the defendants, by presuming the address previously agreed upon between the parties in an agreement to be the valid service address.

Article 8 of Several Provisions of the Supreme People’s Court Concerning the Service of Judicial Documents in Foreign-Related Civil or Commercial Cases provides that service upon a foreign party can be effected through mail, provided that the destination country allows for such method. Many jurisdictions allow foreign courts to serve its residents or citizens by post in accordance with the relevant local rules.

Therefore, under the opinions, once the Chinese court mails the judicial documents to a foreign party at the previously agreed address, service is deemed to be effective.