The first agreement for the exchange of information relating to tax matters concluded by South Africa with San Marino took effect on 28 January 2012.

South Africa has concluded a large number of double taxation agreements with its trading partners, which generally contain an article that authorises the exchange of information between South Africa and the treaty partner.

South Africa is a member of the Organisation for Economic Co-operation and Development’s (OECD) Global Forum on Transparency and Exchange of Information for Tax Purposes. At the Global Forum’s meeting in Mexico in 2009, it was decided to put a peer review mechanism in place for all forum members based on its standards of transparency and information exchange for tax purposes.

The Global Forum established a Peer Review Group to create the methodology and detailed terms of reference for the peer review process, and decided that there would be two phases of that process. Phase one would examine the legal and regulatory framework in each jurisdiction and phase two would evaluate the implementation of the standards in practice.

South Africa has therefore undertaken to ensure that it complies with the standards prescribed by the Global Forum and is required to conclude exchange of information agreements with various countries so that it complies with those standards. It is for this reason that the South African government has concluded an exchange of information agreement with San Marino. The agreement was published in the Government Gazette on 25 January 2012 and it is stated that the agreement entered into force on 28 January 2012.

The purpose of the agreement is described as being to promote international efforts in the fight against financial and other crimes, including terrorist financing. The agreement is aimed at facilitating the terms and conditions governing the exchange of information relating to taxes.

The scope of the agreement is described as providing assistance via the exchange of information that is foreseeably relevant to the administration and enforcement of the domestic laws of the contracting countries relating to the taxes covered by the agreement. This includes information that is foreseeably relevant to the determination, assessment, enforcement or collection of tax with respect to persons subject to those taxes or to the investigation of tax matters or the prosecution of criminal tax matters in relation to such persons.

Article 2 of the agreement deals with the taxes covered by the agreement and in the case of South Africa relates to normal tax, secondary tax on companies, withholding tax and royalties, the tax on foreign entertainers and sports persons, and value-added tax. The agreement does not directly refer to the new dividends tax, which will take effect from 1 April 2012. The agreement envisages the provision of information upon request by one of the countries for purposes of complying with the agreement.

The relevant authority is required to acknowledge receipt of the request to the competent authority of the other country and must use its best endeavours to obtain the requested information as quickly as possible. The agreement also envisages the conducting of tax examinations abroad whereby the revenue authority of one country may enter the other country to interview individuals and examine records with the prior consent of the individuals or other persons concerned.

The agreement recognises information subject to legal privilege and also seeks to protect trade, business, industrial, commercial or professional secrets or trade processes, and in such cases the request for information in this regard may be declined. The fact that a taxpayer is disputing an amount of tax does not prevent the tax authority requesting information from the other country.

It will be interesting to see the report published pursuant to the peer review conducted on South Africa, and to see the extent to which South Africa has complied with the standards prescribed by the Global Forum. 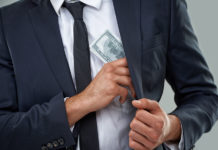 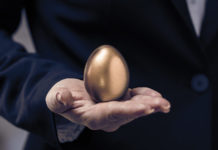