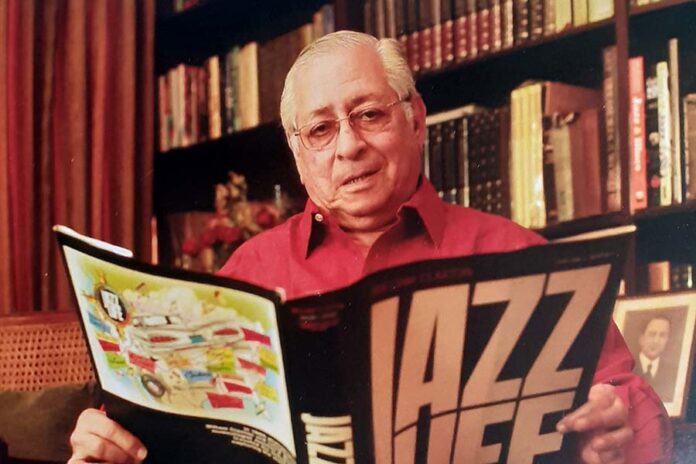 Eminent lawyer and former attorney general of India, Soli Sorabjee, died of covid-19-related complications at the age of 91 in New Delhi on 30 April 2021. Mr Sorabjee was seen by his peers as one of the finest jurists in independent India. His legal career spanned nearly 70 years, and he appeared in several leading cases of his time.

“He held the position of attorney general with great dignity, competence and commitment to the rule of law,” said Lalit Bhasin, the president of the Society of Indian Law Firms.

Mr Sorabjee was the recipient of the Padma Vibhushan, the country’s second-highest civilian award, for his exceptional and distinguished service. He started his legal career in 1953, enrolling at the Mumbai Bar. The Supreme Court designated him a senior counsel in 1971 when he was just 41 years old.

“In my long association with him starting in the mid-1970s, I had never seen Soli ever raising his voice in the courtroom,” said Bhasin. “He followed the British tradition of ‘speaking’ to the judges and not shouting at them. It was always a treat to hear him speak anywhere and on any subject because of his versatility.”

He handled cases of significant public importance involving the interpretation of the constitution. One of these was the landmark case of Kesavananda Bharati v State of Kerala (1973). Mr Sorabjee assisted Nani Palkhivala, another eminent legal mind, on the case where the constitutional bench of the Supreme Court ruled that the basic structure of the constitution was sacrosanct and could not be altered by the parliament through amendments.

Another notable case was Maneka Gandhi v Union of India (1978), where the Supreme Court clarified the right of personal liberty granted by article 21 of the constitution. Mr Sorabjee appeared as an additional solicitor general in the case, and the decision was seen as an inflexion point in the court’s movement towards a broader interpretation of the fundamental rights guaranteed by the constitution.

As a mentor himself, Mr Sorabjee showed great patience while working with young lawyers. “Soli was an exceptional senior who would guide juniors how to work, prepare notes and briefs,” said GV Rao, a senior advocate at the Supreme Court, who worked as a government counsel during Mr Sorabjee’s first term as attorney general.

“He was always generous to a fault and would go on despite the mistakes made by the junior, teaching him or her not to repeat it,” said Rao. “He assigned me many, many important cases and encouraged me enormously, and hence has a great role in my becoming the professional I am.”

When the government of India imposed a state of emergency for a 21-month period between 1975 and 1977, Mr Sorabjee was a vocal opponent of the government’s move that suspended freedom of expression and many other rights, even at great risk to himself.

“His contribution in championing the cause of freedom of expression is unique and unmatchable,” said Bhasin. “He was responsible for getting a historic verdict from Justice [Dinshah] Madon where it was held that though the right to free speech and expression had been suspended during the emergency, the rule of law continues to prevail.”

Mr Sorabjee later wrote two books, The Laws of Press Censorship in India (1976) and The Emergency, Censorship and the Press in India, 1975-77 (1977), exploring the role of the media and the subject of press censorship during the Emergency.

In recent years as well, Mr Sorabjee regularly wrote articles supporting the right to dissent as well as criticising the use of the sedition law against activists.

“His contribution essentially is towards laying down the rules for a functioning democracy through judicial pronouncements,” said Rao.

“The major judgments he will be remembered for are the constitutional cases, which are landmark judgments on principles of law relating to liberty, fundamental rights, human rights and freedom of speech and expression.”

Besides law, Mr Sorabjee was hugely passionate about jazz music. He was the first president of Jazz India, an association dedicated to promoting the genre in India. He also inducted Rao as a member of the group. “My relationship with Soli was hugely personal as much as professional, because I enjoyed jazz and western classical music as he did and attended music concerts with him at the India International Centre and elsewhere in New Delhi.”

Mr Sorabjee believed that lawyers should not limit themselves to their profession and cultivate interests in other areas such as literature, public affairs and human rights.

“He used to tell law students and young lawyers that you will always remain a mason if you confine yourself to law alone,” said Bhasin. “But you will be considered an architect if you study literature and history, develop a taste in music and arts, and understand and implement the legacy we have inherited from the great leaders of the bar.”